EXPLAINER: Tri-City anti-Covid rapid mass testing: Can people be forced to submit to it? 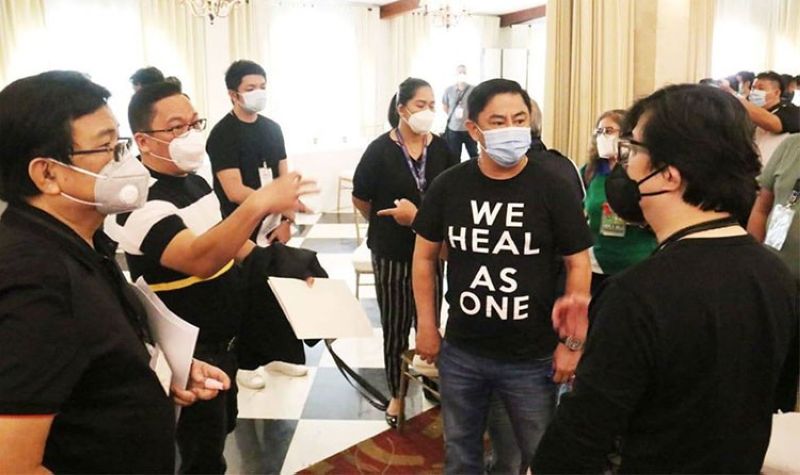 THE SITUATION. Starting Monday, May 4, until May 25, almost 47,000 individuals, representing 10 per cent of the number of households in three cities of Cebu (Cebu City, Mandaue City and Lapu-Lapu City), will undergo tests using a rapid test kit approved by the Food and Drug Administration.

The three LGUs with the Office of the Presidential Assistant for the Visayas, Department of Health, Regional Development Council, and the private sector decided on the mass testing in preparation for the planned reopening of Cebu -- with other cities and provinces of the country -- to business and other activities.

The reason being this: "Knowing our status," said Regional Development Council (RDC) chairman Kenneth Cobunpue from a position paper, "is a step towards solution and way from fighting the epidemic blindly."

The rapid tests will help determine which parts of the population have already been infected and whether the infections are mild or severe, said Cebu City Councilor Raymond Garcia who represents the public sector in the Tri-City Project. Government and private business can then determine who "mostly likely would be safe to return to work and public interactions."

The problem is that the Tri-City project will use rapid test kits, described by health experts as "a controversial diagnostic tool that produces quick but possibly inaccurate results."

WHAT ARE KNOWN. [1] We know the project is well-intentioned and proponents, led by OPAV Michael Dino, have the duty to their constituents (in the case of the three cities) to prepare for the shift to normalcy or to what's left of it; the duty to their office (in the case of government agencies); and what private businesses owe to their employees and their customers and clients. Underlying policy is commitment to a "scientific and evidence-based" decision-making, said DOH-7 Regional Director Jaime S. Bernadas.

[2] We know that while the FDA approved the use of 20 or so PCR-based test kits, the agency also stressed on caution in their use and required doctors to help in testing and guiding patients in interpreting the results, in addition to confirmatory testing.

[3] And we know that the FDA keeps reminding the people managing the tests to "measure antibodies and not the viral load itself...[since] the body takes time to develop antibodies and might give a negative result for patients infected but have not yet developed antibodies... and a positive result due to cross reaction with other bacteria or viruses is also possible." That's why FDA still requires a confirmatory polymerase chain-reaction or PCR test, which is part of the protocol adopted by the Tri-City project.

WHAT ARE UNCERTAIN. Basically it's about accuracy concerns, as the test kits, the FDA itself recognizes, are prone to "false negatives." The kits might not detect antibodies at the early stage of an infection, health experts say. And people might continue to interact and infect other people in their community.

Antibodies to many infectious diseases, the health experts say, "typically confer" some immunity. But it is not yet known if that is so with coronavirus and if so, how long it would last. Is re-infection likely or possible?

Despite the uncertainties though, some scientists are betting that rapid tests "will help end lockdowns and getting people back to work."

And the Tri-City project, it appears, has put its own bets on the mass rapid testing. Would the 47,000 people needed for the tests submit to them? Could they be legally compelled if they're unwilling to do so?

One who takes the tests would know if he has immunity, or some level of it. He could rejoin the work force. But he'd also take the risk of being confirmed as Covid-positive, isolated and quarantined, and he and his family branded, if not condemned, as contagious.

Could a person, one picked randomly from each of the sample households, refuse to submit to the test? That was not raised in the briefing conducted this week by the Tri-City Project but it's a valid question that may pose a problem in some households and communities, which might not agree with the project's methods or might worry over the hassle of tests and selective quarantine and possible stigmatizing?

The private companies requiring their employees to submit to the test would've the compulsion of the income-provider: no test, no return to work. How about government over private individuals who're not in their employ?

Which law to use

Government might want to use Republic Act 11469 or Bayanihan to Heal as One Act of March 24, 2020 but there's nothing there among the "special powers" given the president that can compel the individual who's not being treated by a doctor to submit to an exploratory mass testing.

Instead, they may use Republic Act 113321 of April 26, 2019 or the Mandatory Reporting of Notifiable Diseases Law. Under the list of prohibited acts (Section 9), one ("d") punishes "non-cooperation of persons... that should report and/or respond to notifiable diseases..." and another ("e") punishes "non-cooperation of the person...identified as having the notifiable diseases or affected by the health event of public concern..."

Failing to "report or respond" to notifiable diseases or "non-cooperation" of a person infected or affected by the disease may not be strong ground to sue. More particularly: when one is asymptomatic, there's no basis to report his condition, and the test is mainly to find out the infection or non-infection.

But the law, thin basis as it is, might be enough to prod the unwilling person to take the test. The better method though is persuasion: convince people that the test is for individual good and general welfare.