The creatives in a pandemic: How will artists survive? 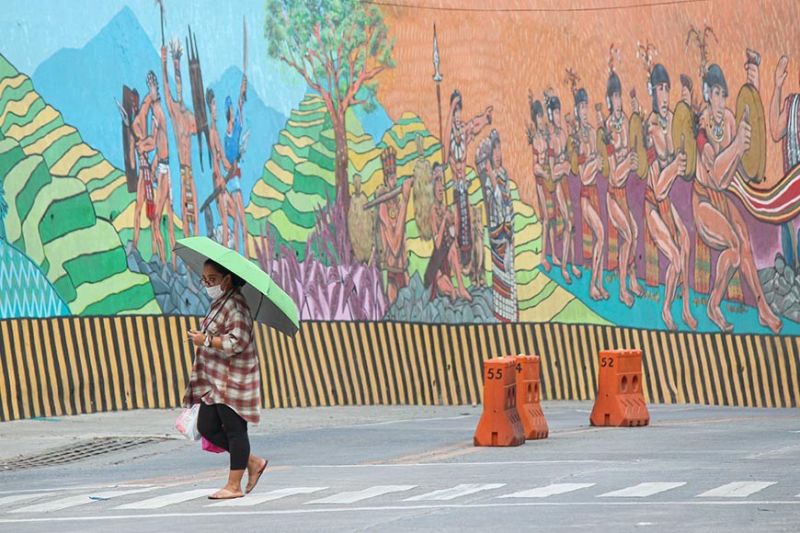 BAGUIO. The Pamana mural painting along Naguilian Road serves as a reminder of Baguio City’s celebrated art scene as artist and artisans in the Summer Capital now scramble for help amid the Covid–19 pandemic. (Photo by Jean Nicole Cortes)

THE Unesco Creative City is down on its knees with artists and artisans in want of aid and relief.

Over 600 creatives catapulted the city to becoming part of the international network of Creative Cities, hailing Baguio City as hub for inspiration with the objective of fostering innovations and creativity as key drivers for a more sustainable and inclusive urban development.

The mountain city celebrated for its arts and crafts thrives with a creative economy now on a standstill with over P1.4 billion in losses estimated in the tourism and creative sector, making the 600 who once championed the city’s bid for creativity, jobless.

“I believe the group in this sector that’s worse affected by the lockdown would be the performing artists whose livelihoods depend on crowds/audiences, and the biggest segment in that group would be the local musicians. Many of them, some even exclusively, rely on their daily gigs to earn a living. And given the current grim outlook, even if or when this ECQ is gradually lifted, it may take a much longer time for big social - cultural gatherings to be allowed. Performing artists, sadly, are looking at months of unemployment,” artist Karlo Altomonte said.

Recently, Mayor Benjamin Magalong called on the Council for Baguio Creative City (CBCC) and the Baguio Arts and Crafts Collective, Inc. (BACCI) and engaged the creative sector in a discussion on how life will be for the group of artists, artisans and crafts people will be during and after the pandemic.

Baguio became part of the 64 cities from 44 countries in 2017 as part of the Creative Cities Network (CCN) for crafts and folk arts of the Cordilleras seen in architecture, parks, textile, fabrics, furniture, and furnishing fashion accessories, paintings, sculpture, homes and building designs.

In the midst of the pandemic, tourist establishments are closed, as well as all arts and culture hubs to avoid gatherings and the spread of Covid - 19 which has pushed the creative sector into a limbo.

Sculptor Bumbo Villanueva said Baguio is blessed with creatives that will continue to be creative whether labeled as a creative city or not.

“It’s such a pity for politicians to put aside the art community in these times considering that the city is enjoying the prestige of having two national artists. And just like the mayor being the father of Baguio, the national artists are also fathers in our field. They have the power and authority to take into consideration the welfare of the artistic community especially in this time of need. This is the perfect time to see what that label is standing for. Not just for the prestige of what this label carries but also at the humanity side, so to speak. There are artists that live in a hand to mouth situation and sometimes creativity will run out too especially if hunger is upstaging the situation,” Villanueva added.

The government has rolled out financial aid packages to help those in need in the times of the pandemic which the artist community can avail of, being part of what is described as a “no work no pay group” under the informal sector.

In the city, it was only last week that food packs were distributed to the creative sector, after a month of lockdown.

The Baguio Arts Guild, pioneering artist group in the city, headed by Dianne Mondok has 15 artists said their official roster of members is composed artists form the upper to lower class brackets with some with no income at the moment.

Chanum Foundation which manages Tam-Awan Village has at least 23 artists and 20 cultural workers who applied for government aid, but has yet to receive feedback.

The Pasakalye group has identified close to 50 members in their roster composed of both artists and artisans.

Aside from these groups, there are hundreds of artists, craftsmen and women who comprise the creative sector who are heavily impacted by the city’s closed borders as their livelihood is rooted on arts, crafts, events and performances.

“When I was an art teacher at the PMA. When our lesson was Philippine art history, I did a survey of the art produced in the country. It could be said that art flourished here, except during World War Two. During those years, there was nothing. Just blank. That could be what’s happening now. We are at war, and art is the unseen casualty of war. Artists can’t create when they don’t even know how to feed their families,” Mondok said.

Balanag said the call is for donations from people with the means to help with the funds to be used to support Baguio City resident - based artists in any discipline, who have been directly impacted by the Covid - 19 pandemic.

“The funds raised will offer relief to artists and craftspeople of Baguio City in the immediate short term in the form of basic relief and emergency packages and an eventual one-time stipend and in the long term in the form of programs and resources for alternative and sustainable marketing opportunities,” Balanag added.

Upcoming artist Venazir Martinez added “in reality, not everyone has the same privilege of merely painting, creating music or any other form of media, inside a studio without worrying how to sustain one’s life. We all must go through the first level of Maslow’s hierarchy of needs every single day. Whether you are an artist or not, the answer lies with the individual’s ability to be practical and resourceful.”

The National Commission for Culture and the Arts approved P63 million funding for arts and culture programs amid Covid–19 crisis, culled from cancelled projects, aligned to help the creative sector.

At present, the initial cash assistance under the “NCCA Assistance Program for Artists and Cultural Workers Under the State of Calamity” provides P5,000 to artists and cultural workers who are not under an employer-employee relationship, without regular income, are working freelance and whose source of income are gone due to the ECQ.

The initial amount, divided into the 19 committees will translate into roughly P3 million for each group and then distributed to artists, artisans and cultural workers all over the country.

Martinez said the NCCA is not the only platform where artists can access governmental aid.

“Artists have multitudinous opportunities online. Different universities in the Philippines and local governments are providing ways to involve every sector of the population. Digital media, and low-cost mediums are by far the most accessible option for creatives, especially in the Philippines. They must be involved in social media platforms with the same ideologies. However, administrations responsible for the welfare of artists lack the capacity to disseminate such activities that only a few can participate,” Martinez added.

The new normal for the arts and crafts scene

Altomonte has proposed ways to cope with the pandemic with the establishment and institutionalization of a Creative Industry Equity that would have the function of both a collective and union that protects advocates, artists and artisans.

The move will professionalize the entire industry and provide opportunities for members and at the same time protect local artists and artisans from market saturation brought about by art works, products and services brought into the city by nonresidents.

Meanwhile, Arvin Molintas from the BACCI and Tam–Awan Village has proposed to spearhead online auctions for artists who want to sell their work as well as arts and crafts, brining products into a new platform which may prove to be the new mode for the creatives.

Online performances have also been broached to give performers an avenue to show case talent and give opportunity to earn for the performing sector.

Until concrete plans are made and programs are rolled out, the creative sector waits for the time life will be sweeter for them.