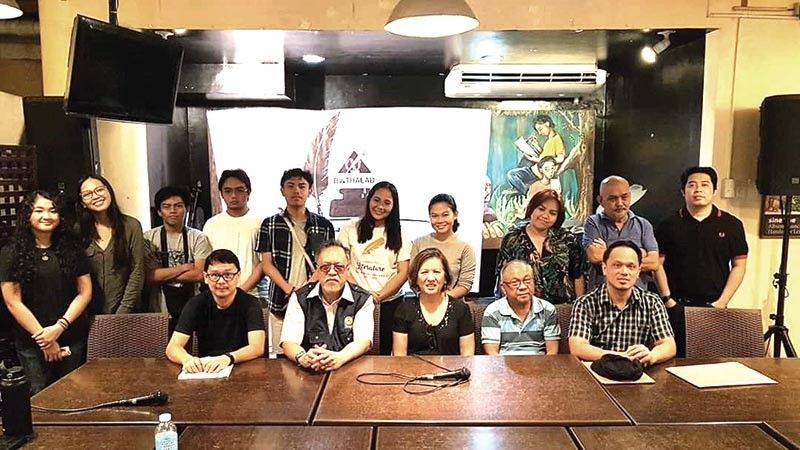 AWARDEE. The Unyon ng mga Manunulat sa Pilipinas, or the Writers Union of the Philippines, names University of San Carlos-Cebuano Studies Center director Hope Sabanpan-Yu (seated third from left) as one of its recipients of the 2020 Gawad Pambansang Alagad ni Balagtas (a lifetime achievement award for a Filipino writer) for her works in fiction, essay and translation in Cebuano. In this photo, Yu was a co-panelist with (seated from left) Palanca awardee Januar Yap, poet-diplomat Vicente Bandillo, 2014 Gawad Balagtas awardee Lamberto Ceballos and poet Noel Villaflor during the creative writing workshop of Bathalad (Bathalan-ong Halad sa Dagang) Cebu at Handuraw Events Cafe in Cebu City on Feb. 22-23, 2020. (Contributed photo)

A CEBUANA writer and literary scholar was named as one of the 2020 Gawad Balagtas awardees by the Unyon ng mga Manunulat sa Pilipinas (Umpil), or the Writers Union of the Philippines.

Dr. Hope Sabanpan-Yu, director of the University of San Carlos-Cebuano Studies Center, was named recipient of the Gawad Pambansang Alagad ni Balagtas—a lifetime achievement award for a Filipino writer—for her works in fiction, essay and translation in Cebuano.

Yu is an active member of Bathalan-ong Halad sa Dagang (Bathalad) Cebu and Women in Literary Arts in Cebu City. During Bathalad Cebu’s golden jubilee convention in February 2019, the organization gave a special award to Yu for her undying support to Cebuano Literature and championing local writers.

The awarding ceremony was supposed to happen on April 25, 2020, serving as the highlight of the annual national congress of Umpil scheduled every last Saturday of the National Literature Month in April. However, the congress was postponed indefinitely because of the declaration of the enhanced community quarantine in Luzon to prevent the further spread of the coronavirus disease 2019. The schedule and the venue of the awarding will be announced later.

Umpil launched the Gawad Balagtas in 1988. The award consists of a citation diploma accompanied by a pen and ink print by Pen Prestado, and a sculpted hardwood trophy by world-renowned Filipino artist Manuel Baldemor.