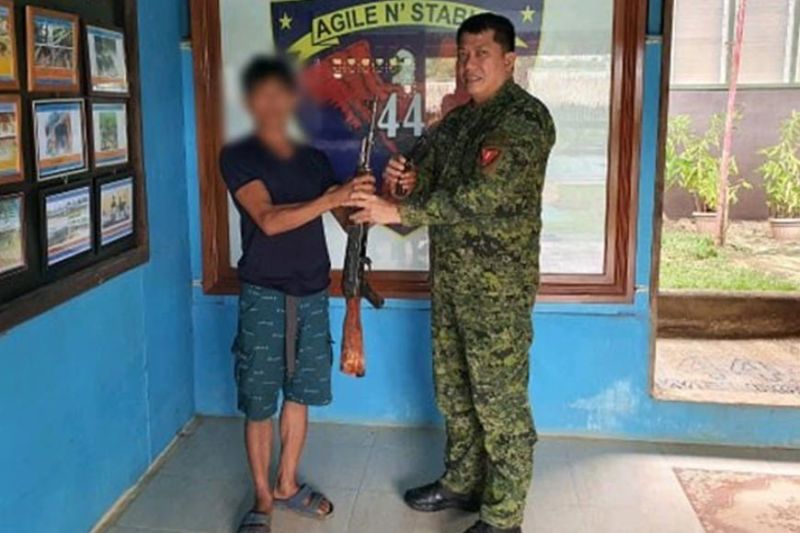 A RANKING member of the New People’s Army (NPA) has surrendered to military authorities in the province of Zamboanga Sibugay, officials announced Tuesday, May 5.

Templonuevo said Penote is a team leader of Team Abe, Squad 1, of the NPA’s Guerilla Front Feleciano Alpha under the Western Mindanao Regional Party Committee (WMRPC). The latter turned over one AK-47 assault rifle, and one caliber .45 pistol.

He added Penote admitted that he decided to surrender upon learning that his former comrades, who surrendered earlier, are now living better lives together with their families.

“Inspite of our ongoing offensives to thwart the NPA terrorist and their extortion activities in hinterland communities, the unit has maintained its doors open for those who wish to return to the folds of law,” Templonuevo said.

“The series of tactical advantages we have gained for the past months against these terrorist groups in Zamboanga Peninsula paved way for demoralized members who seek help and refuge to our soldiers,” Nicolas said. (SunStar Zamboanga)