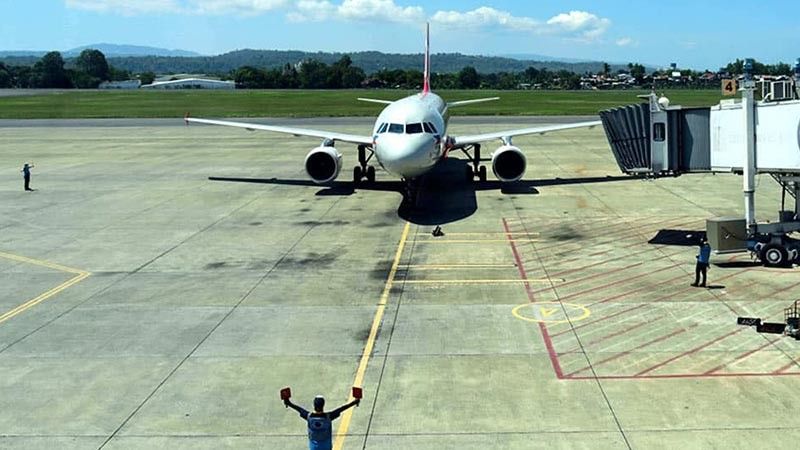 DAVAO City Mayor Sara Duterte-Carpio noted that not many availed of the sweeper flights arranged by the city government on Wednesday morning, May 6.

According to the report she received, most of the passengers that were not able to avail of the flight are overseas Filipino workers (OFWs) that were listed by the Overseas Workers Welfare Administration (Owwa).

“Naay uban dili na daw sila, uban dili sila ganahan sa airline, dili daw sila andam, naay uban dili ganahan kay sayo daw kaayo, and naay uban wala nakaagi og checkpoint bisan ticketed na sila (There are some who also said they do not want to avail of the sweeper flight, some said they do not like the airlines, others were no ready, others find the schedule too early, and there were those who were not able to pass the checkpoint even if they have a ticket),” Duterte-Carpio said.

The mayor, however, said they would still have to consolidate it and said she would wait for the “after-activity report” from the City Tourism Operations Office (CTOO).

“We’ll have to review what happened ngano ingon ana kay sayang ang opportunity na naa na didto then wala ma-maximize ang resources na gigamit nato for that (We will have to review it and see why the opportunity was wasted and why the resources were not maximized),” Duterte-Carpio said in a radio interview on 87.5 FM Davao City Disaster Radio.

She also said the report will be the basis of whether there will be another schedule for a sweeper flight.

Duterte-Carpio said the city government has already done its part.

On Monday, May 4, the City Government launched the first batch of sweeper flights between Davao and Clark in Pampanga. According to the mayor, some 150 passengers availed of the flight. This was shouldered by a Davao-based businessman.

Despite clamor from stranded passengers in some parts of the country and those who were not able to avail earlier of the flight, the mayor, in a previous interview, admitted that they will not be able to conduct a weekly flight since it would cost at least P2 million on the part of the local government.

The mayor said a total of P3.8 million was spent for the first two sweeper flights.

Duterte-Carpio said based on the Inter-Agency Task Force on Emerging Infectious Diseases (IATF-EID), the local government is mandated to shoulder the expenses of these flights.

Meanwhile, the mayor said based on the protocols set, some will be sent to the hospital and quarantine facilities, while some will be sent home — depending on the results of the health screening that they will go through upon arrival at Francisco Bangoy International Airport (Davao Airport).

She said those who will be sent home shall undergo a strict 14-day home quarantine. And while on home quarantine, all household members must stay away from them and strictly observe social distancing.

Mailene Dumajel, a resident in Calinan, Davao City, was one of those passengers who were not able to get in with the sweeper flight.

In a Facebook post, Dumajeli was one of those who were contacted by the city but was not given a plane ticket through her e-mail.

Dumajeli told SunStar Davao in an online interview that there were some 100 passengers who were not able to get on the sweeper flight.

During the interview, she together with other passengers still waited in the airport with the hope to be accommodated, while some already left the airport disappointed.

“Kami layo paman amo ulian ug wala nami mga budget, so magpuyo nalang mi diri airport (We have come this far and we don’t have enough money, so we will just wait here at the airport),” she said.

She said despite the appeal of the representatives from the Department of Tourism (DOT) to the airline management, she said the latter did not allow passengers who were already in the airport.

Dumajeli, who came all the way from Binangonan in Rizal, said she was in Rizal to buy some stocks for her business when the lockdown was implemented.

She said she is appealing, along with other stranded passengers, to help them in their condition.

With regards to Dumajeli, the mayor said she would have to wait for the after-activity report of the CTOO on this issue.

SunStar Davao tried to reach out to CTOO head Generose Tecson on the matter, but she has not responded as of Wednesday.