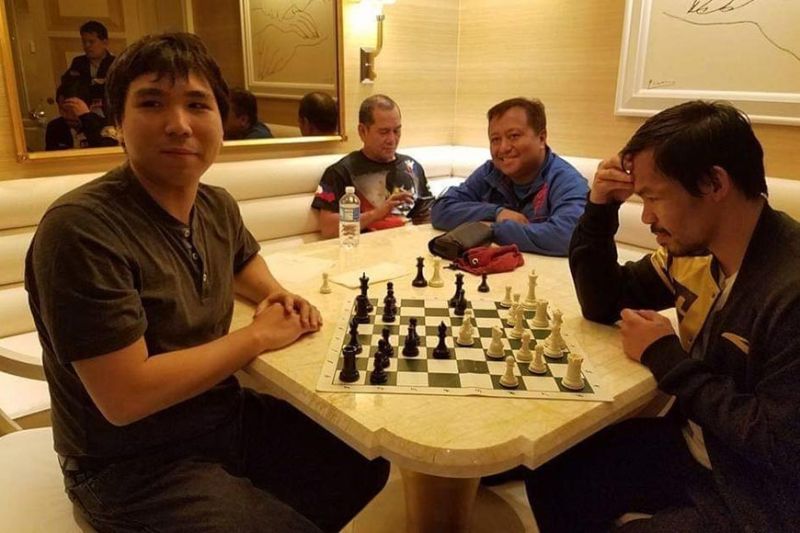 THE alliance of Visayas and Mindanao chess executives proved too strong for Luzon-NCR executives.

Bannered by the chess-playing boxing Senator Manny Pacquiao, the alliance overwhelmed Luzon, 477-414 in their two-leg 50-board team match up dubbed as “Helping Hand Executive Online Chess Battle” which ended on Thursday, May 7, 2020, over lichess.org.

Originally planned for one night only, the organizers made it more exciting to bring the nerve-wracking match in two legs.

Dubai-based and Iloilo City native Rocky Pabalan, Nathan Cornella of Zamboanga City and Ernier Abanco of Bacolod City led the onslaught for the alliance with 16 points apiece in the opener.

It had also precious contribution from Cagayan de Oro City’s Jaime Joshua A. Frias II who played unscathed with 12 points along with the equally-unbeaten Joey Ardiente of Aurora, Zamboanga del Sur, Jasper Montejo of Dumaguete City and Eduard Sumergido of Basilan.

Pacquiao, on the other hand, played only two games. He lost his first match via forfeiture due to poor internet connection and barely missed a masterful finish in the second game against a higher rated opponent which ended in a draw after losing time.

The rampage continued as the unified Vis-Min bets made it sure to avoid loose end, capping the final leg with a run away 287-244 victory.

It was not easy though in the first 20 minutes of the arena team challenge with the alliance up by only a point.

But that was the closest Luzon can go as Vis-Min shrugged off a sloppy start en route to a trouble-free finish.

Pagadian City’s Jezreel Lopez, who struggled in the first leg, pulled a surprise in the second leg with 28 points for the alliance, while Sumergido and Yong Barba of Davao City added 24 and 21 points, respectively.

Fr. Vic Arellano of Cagayan de Oro made 14 points in this leg, while Frias doled out 10 points.

Frias’ best highlight came in the first round when he stunned Luzon’s highest scorer Mark Anthony Yabut who finished with 20 points.

All of the proceeds in the online summer chess spectacle will go to charity and will be given to the deserving chess players who are in dire need of assistance.

Dr. Fred Paez, president of the Philippine Executive Chess Association (PECA) and one of the organizers, said that this is a “historic event” as it came with positive results among chess-playing executives around the country.

“We thought it won’t work but it happened and many wanted to,” said Paez in a short program via teleconference. (With JJF reports)