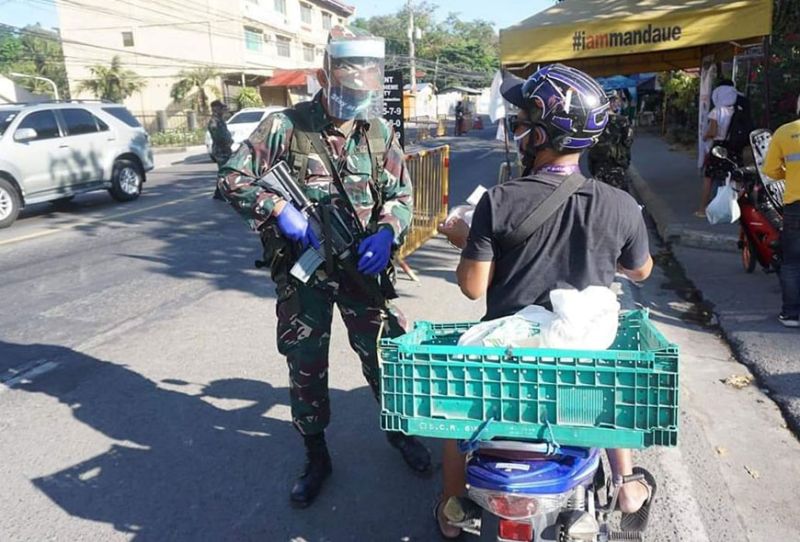 DESPITE having the highest number of coronavirus disease 2019 (Covid-19) cases in Central Visayas, the death toll in Cebu City is still low.

This was what deputy chief implementer of the government's coronavirus response Vince Dizon said during a teleconference on Saturday, May 9, 2020.

As of May 8, the Cebu City Health Department recorded 1,434 Covid-19 cases with seven mortalities, or a death rate of 0.49 percent.

The national average, according to Dizon, is six percent.

The mortalities were recorded in Barangays Banilad (one), Camputhaw (one), Mambaling (two), Sta. Cruz (one) and Talamban (two).

“One thing we also have to look at now is the mortality rate. It is how many people who are infected are dying. And actually, Cebu City is the lowest in the country. It is under one percent,” said Dizon.

He said this must be due to the capability of local health facilities to treat Covid-19 patients.

The official highlighted the City’s measures in response to the health crisis, which he dubbed as the three T’s: test, trace, and treat.

“It is the ability to treat those who are sick,” Dizon said.

“This system is already in place here in Cebu, but the national government is here to tell you that it will put its efforts in strengthening the efforts that the LGUs (local government units) have been doing,” he said.

He said what the City has to do now is to test aggressively.

With massive testing, the number of positive cases is expected to climb.

“While those numbers are scary when you look at them, we have to look at the community’s response,” he said.

Cebu City and the cities of Lapu-Lapu and Mandaue have been conducting rapid mass testing since Wednesday, May 6.

Dizon said it is important for the public to participate in the activity.

Cebu City Mayor Edgardo Labella, for his part, said information dissemination is important in the conduct of mass testing.

Dizon also announced that the National Government delivered testing kits to the Vicente Sotto Memorial Medical Center and rapid test kits to the Office of the Presidential Assistant for the Visayas, both in Cebu City.

All are inmates of the city jail save for one who is a jail officer.

They have been isolated and will be transferred to the new jail facility in Sitio Dunggoan, Barangay Basak.

The southern town of Minglanilla recorded its fourth Covid-19 case.

The 34-year-old female patient from Barangay Linao died in a private hospital in the morning of May 9. She was the town’s first Covid-19 fatality.

In a statement posted on the town's official Facebook page, the patient had cancer and was brought to the Talisay District Hospital on Thursday, May 7. She was released the next day and was transferred to a private hospital in Cebu City.

Just before she died, the patient was swabbed.

Following her death, Mayor Elanito Peña issued an executive order implementing a lockdown at two residential compounds in the barangay where she lived.

Eight new fatalities were also recorded on May 9, bringing the death toll to 704.

The DOH also reported 108 recoveries. Some 1,842 patients have so far recovered from the disease.