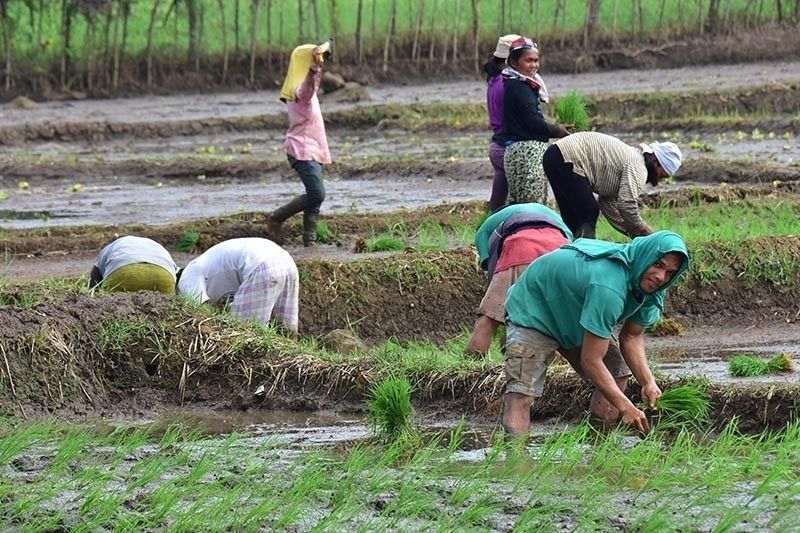 AROUND P320 million of financial subsidy is expected to be disbursed to more than 64,000 rice farmers in Bohol and Negros Oriental from the Department of Agriculture's (DA) Financial Subsidy for Rice Farmers (FSRF) in view of the Covid-19 pandemic.

According to DA-Central Visayas Director Salvador Diputado, the latest report from Land Bank of the Philippines (LBP)-Bohol indicated that the release of the P5,000 dole out started on Friday, May 8, 2020.

DA-Central Visayas said that the region's main agriculture office was able to submit 64,033 names of rice farmers to DA Central Office for the processing of the said subsidy.

The number surpassed the regional target of around 62,142 rice farmers.

Based on the guidelines, only rice farmers tilling below one hectare and are duly registered in the Registry System for Basic Sectors in Agriculture (RSBSA) are qualified to avail of the P5,000 cash assistance under the DA's FSRF.

Of these, 1,497 farmers have already received their cash subsidy because they already have an existing LBP account.

"These 64,000 rice farmers, whose names we submitted to Central Office, took us sometime in encoding. We needed to verify and validate to avoid duplication of entries. There are instances that some farmers will fill-up the RSBSA forms twice or thrice because their farms are located in different municipalities," Diputado said in a press release.

The FSRF is an intervention that will support the rice farmers who are affected of the quarantine due to Covid-19 pandemic.

Diputado said that for Central Visayas, only Bohol and Negros Oriental were included due to the areas planted to rice.

This is in accordance with the guidelines of the program.

Meanwhile, DA said export shipments of agri-fishery products from January to March 2020 grew by 12 percent to $1.31 billion (B), from $1.17 B recorded for the same period in 2019, citing data from the Philippine Statistics Authority (PSA).

Agriculture Secretary William Dar said “this is a complete opposite of the total Philippine exports during the period, which dropped by 5.16 percent to $25.73 B.”

Banana was the top farm export commodity in terms of value, with over $489 million shipped out from January to March this year. (JOB with PR)