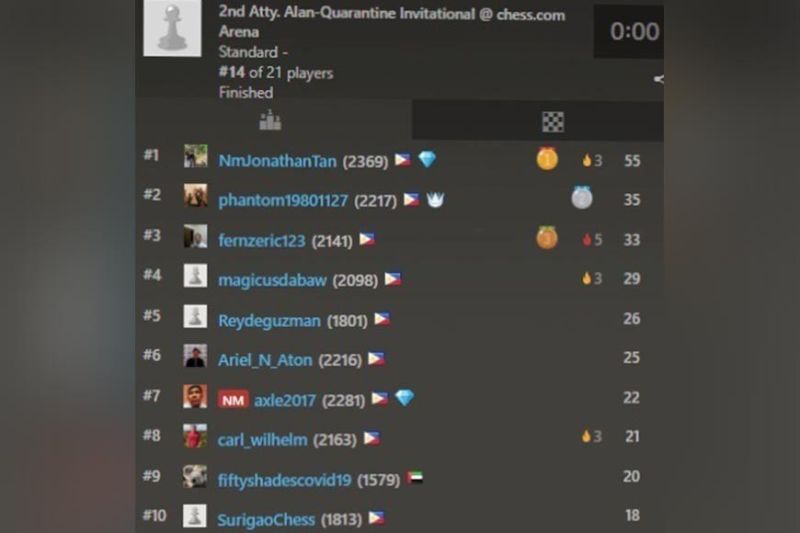 Tan garnered a total of 55 points in 16 matches played via chess.com, which attracted a total of 21 players in Mindanao.

Tan received a cash prize of P800, while Lopez got P600 and Fernandez settled with 33.

The champion grabbed 15 wins and one draw in the chessfest organized by Dabawenyo lawyer Jong Guevarra Jr., sponsored by lawyer Alan Cabiten and facilitated by Ely Acas.

He drew with Lopez in 13 moves.

Tan, however, faced a tough opponent in Aton of Davao City whom he defeated in 46 moves.