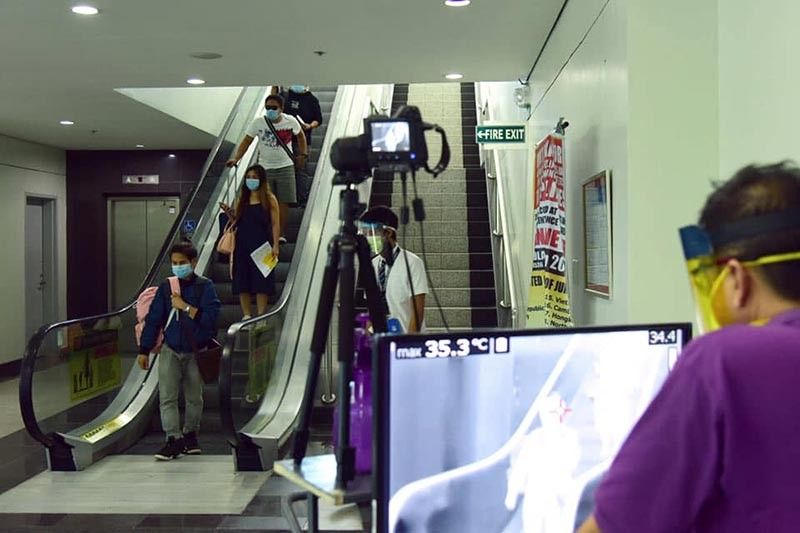 THE Department of Interior and Local Government (DILG) and the Department of Transportation (DOTr) launched mercy flights from Manila to Davao City.

Mayor Sara Duterte-Carpio in a radio interview on Monday, May 11, revealed that the two flights, scheduled on Tuesday, May 12 and on Thursday, May 14, will carry overseas Filipino workers (OFWs) from different countries.

Duterte-Carpio said the flights are shouldered by both DILG and DOTr, and that the city government is only in-charge in the health screening of the arriving passengers.

The mayor said that based on the initial figures she received from DILG, 54 passengers will arrive on Tuesday afternoon, while she has still yet to get the number of passengers on the May 14 flight.

Upon arrival, she said all passengers will be given screening cards and a rapid testing kit (RDT). They are also obliged to undergo strict self-quarantine and monitoring.

Passengers manifesting symptoms within the 14-day quarantine are required to inform their District/Barangay Health Officer and go to the Southern Philippines Medical Center (SPMC). They are also required to undergo symptom screening on the seventh day and 14th day from the date of their arrival.

Duterte-Carpio admitted she is not keen as to how DOTr and DILG select these passengers.

The mercy flights will be held a week after the Davao City government initiated two roundtrip sweeper flights from Davao to Manila and Clark. Of the 270 passengers of the Manila-Davao flight, one passenger tested positive of the coronavirus.

The mayor also told Dabawenyos to manage their expectations on the effect of arrivals of stranded Davao City residents from other areas.

“I-expect na na ninyo. Na everytime naay bulk of people nga mosulod, naa gyud nay positive. Ang mga tao should not expect nga walay surge nga mahitabo kung nagpasulod ta og mga tao (Expect that every time there is a bulk of people entering the city, there will be a positive case. People should not expect that there is no surge that would happen if we let people enter),” the mayor said.

She also said that based on their after-incident report, there are things that need improvement. She did not further elaborate it.

Duterte-Carpio, meanwhile, said there is still no scheduled sweeper flight for now.

Initially, the mayor said the city government planned to conduct one flight per month. She also did not elaborate why it did not push through.

However, she said in a previous report that they cannot conduct a weekly sweeper flight as it would be costly on the part of the local government as they would be shouldering P2 million per flight.

The mayor also said they cannot accept multiple flights within a day due to time-consuming health screening and processing upon their arrival. (RGL)