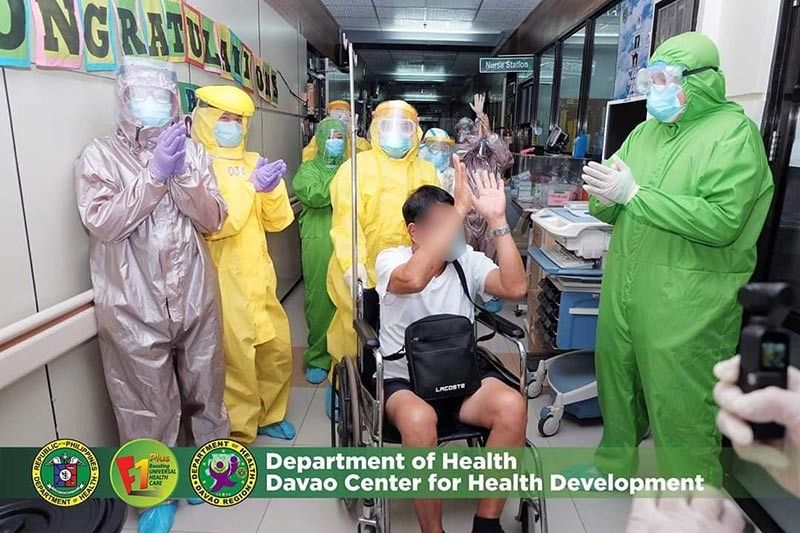 WHILE the elderly fear the possibility of contracting the coronavirus disease (Covid-19) because of their vulnerability, Southern Philippines Medical Center (SPMC) bared that the oldest survivor who recovered from the infectious disease in their facility is an 82-year-old senior citizen.

SPMC chief Dr. Leopoldo Vega said the patient has no serious comorbidities when he was undergoing treatment that’s why he overcame the disease.

Based on the data of the Department of Health (DOH) Davao, the patient is identified as PH6345 from District B, Davao City. The patient acquired the disease because of a history of exposure to a confirmed case.

His onset of signs and symptoms was on April 6 and he was admitted on April 15. After his test was cleared, he was discharged on April 25.

Health authorities earlier said those who are high-risk of morbidity and mortality due to the virus include the elderly, immune-compromised people, those in dialysis, and undergoing chemotherapy, those diagnosed with cancer, and pregnant women.

“Seniors are very vulnerable to a highly contagious virus. Since most seniors have comorbidities like diabetes and hypertension, they are required to stay home. They must stay healthy, getting good sleep, a healthy diet, and refrain from smoking or drinking alcohol. This practice can improve their immune system needed to combat the virus,” Vega said.