Sinas sorry, says he did not intend to violate ECQ rules 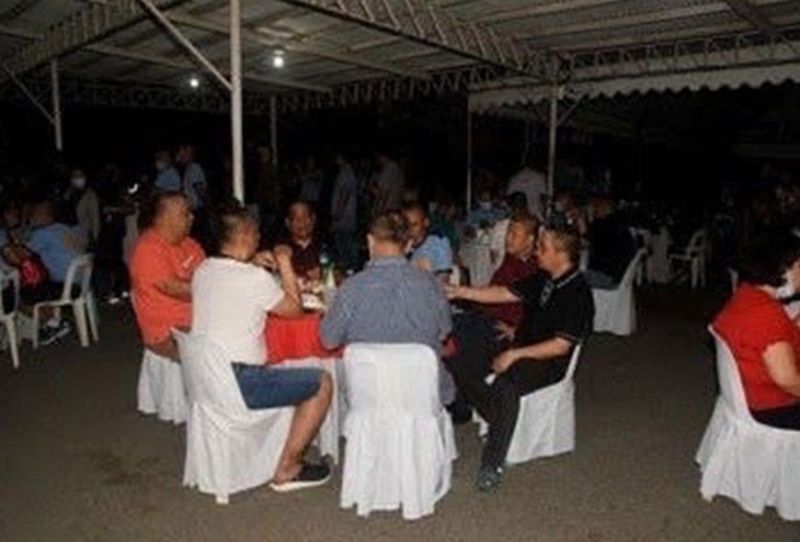 NATIONAL Capital Region Police Office (NCRPO) Director Debold Sinas apologized on Wednesday, May 13, for the “surprise birthday celebration” that his staff threw for him.

In a statement, Sinas said it was not his intention to disobey the social distancing and other protocols under the enhanced community quarantine (ECQ).

“Overjoyed as a birthday celebrant, I was caught up with a traditional Mañanita spontaneously conducted by some of my officers and men in their own volition. In all actuality, my accommodation to them was done with all cautiousness because I am fully aware of the Anti-Covid measures being implemented by the government. They were told to observe social distancing and other precautionary health measures. They were also told not to linger and prepare for the simultaneous relief distribution NCR-wide that day,” he said in his statement.

“Nevertheless, I apologize for what transpired during my birthday that caused anxiety to the public. It was never my intention to disobey any existing protocols relative to the implementation of Enhanced Community Quarantine,” he added.

Sinas was criticized after photos of his birthday party on Friday, May 8, was uploaded on the NCRPO Facebook page. The post has been deleted.

Netizens were quick to note that the event violated the prohibition on mass gatherings and social distancing protocols under ECQ.

Metro Manila, or NCR has been on ECQ since March 17 as a measure to contain the coronavirus disease (Covid-19) outbreak in the country.

Aside from the party, Metro Manila policemen also conducted relief operations to mark their chief’s birthday. During the distribution, social distancing protocols were again disregarded.

Sinas noted that some of the photos which are now circulating online were edited and grabbed from old posts.

“Rest assured that the NCRPO remains its adherence to the words and guidance of our President and the Chief, PNP,” he said.

The party was held even as the PNP itself was striving to contain coronavirus infections among its ranks.

Meanwhile, PNP Chief Archie Gamboa has ordered the Inspector General of the Internal Affairs Service to investigate the circumstances surrounding the alleged violation of quarantine protocols during the said event.

“The move was prompted by media reports that protocols on physical distancing and mass gathering of persons were allegedly overlooked during a recent gathering at the NCRPO,” PNP spokesperson Brigadier General Bernard Banac said.

Gamboa earlier defended Sinas saying that he trusts the latter’s assurance that quarantine protocols was followed during the spontaneous event.

Department of the Interior and Local Government Secretary Eduardo Año, for his part, said Sinas should have immediately stopped the event.

But he also said he will leave the investigation to the PNP leadership. The DILG supervises the police. (SunStar Philippines)