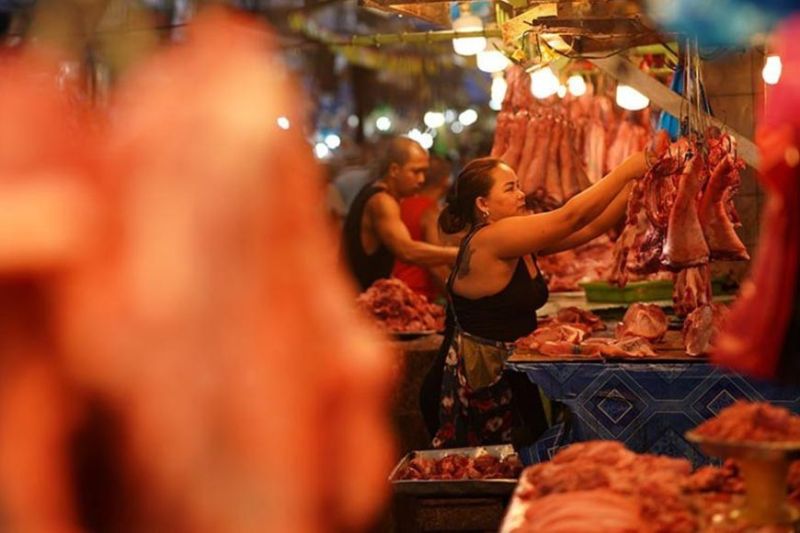 HOG suppliers in Mindanao struggled to negotiate a fair price with their market in Metro Manila, the Department of Agriculture in Davao Region (DA-Davao) said.

This as hog farmers in Davao Region, General Santos City, and Cagayan de Oro City pledged to bring about 3,500 metric tons of its pork surplus to the Luzon area.

DA-Davao Director Ricardo Oñate said meat processors in Metro Manila will only get prime cuts from the Mindanao suppliers.

He said this will force Mindanao hog farmers to adhere to the low price set by the processors in Metro Manila.

"Sasabihin nila ito lang ang kaya namin bilhin. So magkakabaratan ng presyo. Di naman natin pwedeng diktahan. Mahirap balansehin. We really have to protect yung ating producers na dapat kikita din sila (The processors will set a low buying price but we cannot dictate them. It is difficult to balance because we have to ensure that our hog producers earn as well)," Oñate said.

He said the other parts of pork such as innards, head, and feet will also be difficult to sell here since the community quarantine prevented eateries to buy it.

He assured logistics is not a problem since there are available vessels to bring these pork cuts to the Luzon area.

"The problem lang is magkakasundo ba sila sa presyo. Is it worth it na magpadala pa based on the presyo na pwedeng bilhin ng processor from Metro Manila? Is it worth it na magpadala doon na hindi nga mabibili all-in? (The problem now is if they will agree with the price. Will it be worth the expense to bring pork in Metro Manila if they buy it at a low price and will not buy the whole pig?)," he said.

Oñate suggested that the national government provides incentives such as tax holidays to meat processors in Luzon to encourage them to buy the whole hogs.

He said Davao Region still has an oversupply of pork from commercial hog raisers and may supply about 500 MT to Luzon for the next three months.

In the last part of April this year, Hog Farmers Association of Davao, Inc. (Hogfadi) president Eduardo said it was the association's decision to sell their surplus to Luzon.

"[This is] due to the slowdown of local demand of pork and oversupply of production in Mindanao. Naa man ta daghan surplus diri sa Mindanao (We have a surplus here in Mindanao)," he said.

For their part, the agriculture group Samahang Industriya ng Agrikultura (Sinag) is optimistic that the move of the Mindanao hog farmers will balance the pork demand in the country.

Meanwhile, President Rodrigo Roa Duterte said in his seventh weekly report to Congress that the country will experience a shortage in pork supply in the fourth quarter of the year.

He said the deficit is based on the country's projected annual demand of 1,203,827 metric ton (MT) of pork and the projected supply of 1,118,101 MT of pork, citing the report from the DA.