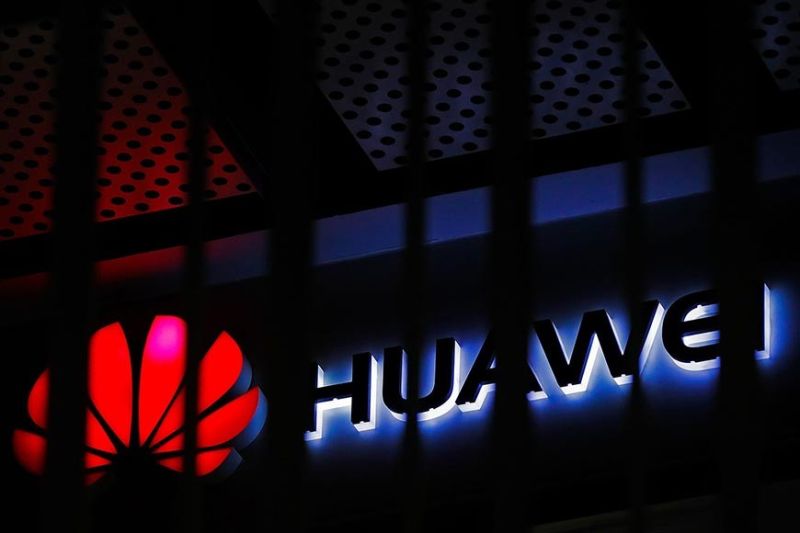 CHINA. In this March 8, 2019, file photo, A logo of Huawei retail shop is seen through a handrail inside a commercial office building in Beijing. The US government is imposing new restrictions on Chinese tech giant Huawei by limiting its ability to use American technology to build its semiconductors. The Commerce Department said Friday, May 15, 2020 the move aims to cut off Huawei’s undermining of existing US sanctions. (AP Photo/Andy Wong, File)

BOSTON -- The United States (US) government has imposed new restrictions on Chinese tech giant Huawei’s ability to use American technology, stepping up a conflict with Beijing over industry development and security.

Commerce Secretary Wilbur Ross said Friday, May 15, that Washington wants to prevent Huawei from evading sanctions imposed earlier on its use of American technology to design and produce semiconductors abroad.

“There has been a very highly technical loophole through which Huawei has been able to in effect use US technology,” Ross told Fox Business. “We never intended that loophole to be there.”

Huawei Technologies Ltd., China’s first global tech brand and a maker of network equipment and smartphones, is at the center of US-Chinese conflict over Beijing’s technology ambitions. American officials say Huawei is a security risk, which the company denies. China’s government has accused Washington of misusing security warnings to harm a rising competitor to US technology companies.

Under the new rules, foreign semiconductor makers must obtain a US license to ship Huawei-designed semiconductors to the Chinese company that were produced using US technology.

The move “looks like a victory for the people who really want to drive the nail, or what they think will be the nail, in Huawei’s coffin,” said Adam Segal, a senior fellow at the Council on Foreign Relations.

China threatened retaliation against US companies.

Chip design and manufacturing equipment used in the world’s semiconductor plants is mostly US-made, so the new rule affects foreign producers that sell to Huawei and affiliates including HiSilicon, which makes chips for supercomputers with scientific and military uses. The Commerce Department said foreign foundries would be granted a 120-day grace period for chips already in production.

Last year, the Trump administration barred US firms from using Huawei technology or providing technology to the Chinese firm without government approval, deeming it a national security risk. The Commerce Department exempted a narrow list of products and services and has extended that waiver to reduce the impact on US wireless carriers that use Huawei technology. This week, it added another 90 days.

Huawei responded by removing US components from its core products. The company reported global sales rose 18% to $121 billion last year despite the restrictions, though it said smartphone sales suffered after it was blocked from preinstalling music, maps and other services provided by US-based Google.

The new restrictions are separate from those exemptions, but loopholes have allowed US companies to supply Huawei with chips made outside the US

The Commerce Department said Friday the new restrictions would “narrowly and strategically” target Huawei’s acquisition of semiconductors that it designs built in overseas foundries that use US software and technology.

Kevin Wolf, an attorney at Akin Gump who oversaw export administration at the Commerce Department during the Obama administration, noted the narrow scope of the rules.

Huawei did not immediately respond to a request for comment. But China’s official Global Times newspaper threatened countermeasures on Friday. It said Beijing that could include restrictions on US companies including Qualcomm, Cisco and Apple. It also threatened to suspend purchases of Boeing aircraft.

Global Times noted that the new rules would block companies such as TSMC, a Taiwainese chip maker, from providing semiconductors to Huawei.

TSMC said it was “following the US export rule change closely.” The company said the semiconductor supply chain is “extremely complex” and TSMC was working with lawyers to “conduct legal analysis and ensure a comprehensive examination and interpretation of these rules.”

TSMC announced plans this week to build a chip plant in Arizona.

“It seems the US is ratcheting up efforts to pinch China’s high-tech companies,” the Global Times said. It called the move an element of President Donald Trump’s reelection strategy. “US suppression has become the No. 1 challenge to China’s development.” (AP)