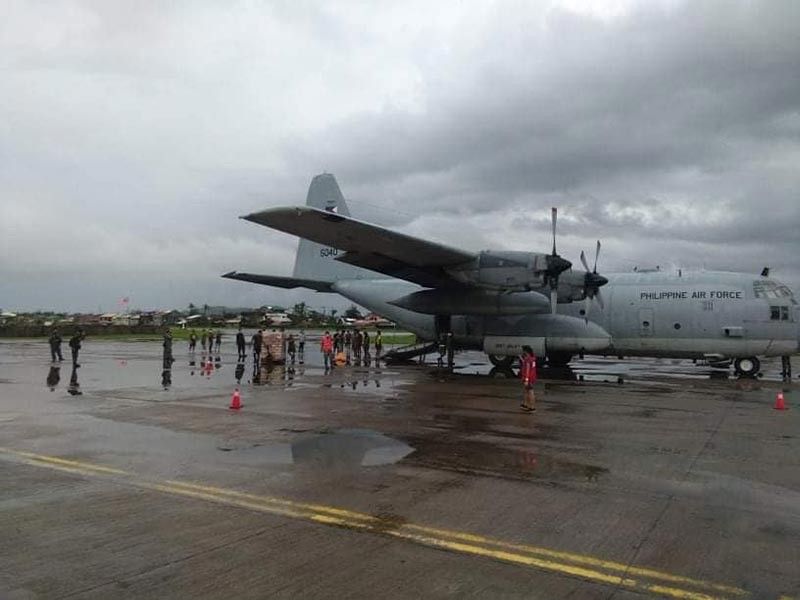 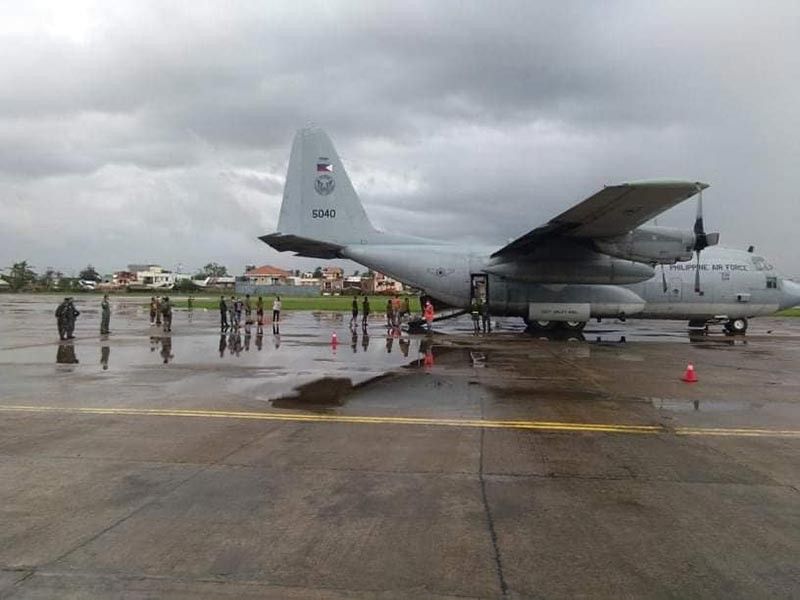 The aircraft carried 1,100 family food packs from the Department of Social Welfare and Development (DSWD) as part of the augmentation support of DSWD in Central and Eastern Visayas, according to 803rd Brigade civil military officer Captain Ronald Aljas in a statement.

“We have received the first tranche and hopefully, tomorrow (May 17) the Philippine Airforce will airlift our remaining allocation,” she said.

Each of the family food pack contains six kilos of rice, eight cans of corned beef or beef loaf, and six sachets of coffee which is enough for two days for a family with five members.

In an initial report from Rapid Damage Assessment and Needs Analysis (RDANA) teams in the province, 125,021 families or 367,268 persons were affected while 5,261 families or 19,409 individuals were displaced and served inside 41 evacuation centers.

At least 10,747 houses were damaged in nine municipalities while 2,545 were destroyed, the report added.

One death was reported in Las Navas town, according to the Police Regional Office (PRO)-Eastern Visayas. Two persons were injured in Mondragon.

Northern Samar Provincial Disaster Risk Reduction and Management Council (NSPDRRMC) said the number of those who evacuated outside evacuation centers, or to the houses of their relatives or friends, are yet to be determined.

Earlier, Governor Edwin Ongchuan sent the six RDANA teams to the municipalities in order to have a quick “snapshot” of the disaster situation.

“Through this RDANA, we will be able to determine the immediate relief and response requirements, and we can easily identify the magnitude of this disaster,” Ongchuan said.

As of 12 noon, Saturday, only four of the RDANA teams have reported back to the incident command post while the other two teams are yet to submit their reports, according to the Northern Samar Provincial Information Office (NSPIO).

The governor also asked Northern Samar Electric Company (Norsamelco) and National Grid Corporation of the Philippines (NGCP) to expedite the restoration of electricity.

In a report from NGCP, the loss of power in the province is due to toppled and leaning structures along Palanas Cara-Catarman-Allen-Lao-ang 69kV line.

NGCP also continued with the aerial inspection and foot patrol of all areas affected by the storm, according to NSPIO.

Perfecto said the cooperative has a total estimated loss amounting to P63.16 million due to the typhoon.

NGCP and Norsamelco assured to speed up the restoration efforts.

Engineer Mario Villena of Northern Samar First District Engineering Office said that as of Friday, the Barangay Cagpanit-an - De Maria - San Jose road in Mondragon town is closed to all types of vehicles due to the occurrence of landslide in the area.

Since majority of the communication lines are down, the provincial capitol found difficulty in retrieving reports from the various municipal disaster risk and reduction management officers, according to NSPIO.