Chef's take on tastes and plates 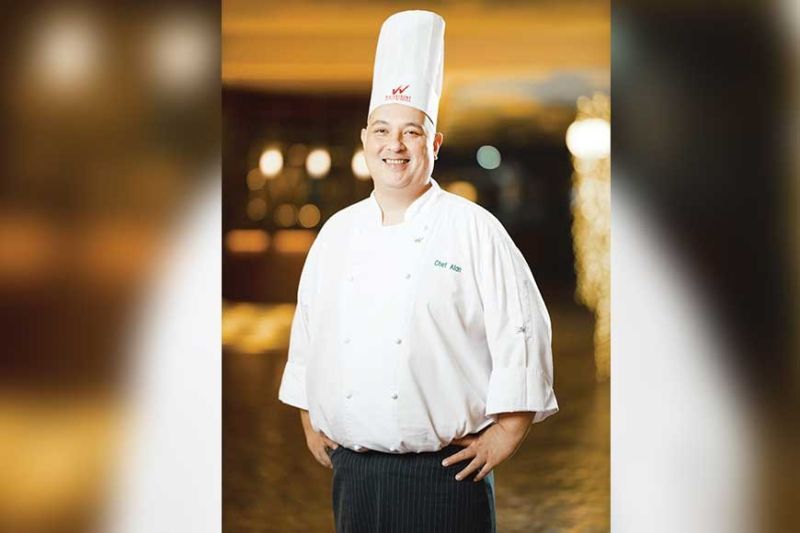 Hailing from the Luzon region, Mathay realized his love for cooking at a young age and pursued the culinary world by studying at hospitality management and culinary arts school Le Cordon Bleu London, after graduating from high school in 1997. There, he was awarded numerous diplomas as well as grand diplomas for Superior Cuisine and Patisserie.

He’s had more than 21 years of experience in food production and the hospitality industry and has worked in over 10 hotels and restaurants in different parts of the country including a resort in Cebu before returning to Manila working with a number of establishments.

For him, accepting the offer as Waterfront’s executive chef beginning last January was an answered prayer as he shared that he was looking for a change of pace.

“Cebu is a place that is really close to my heart. It’s a place where I could bring my family since we used to be here also. It’s good, I’m enjoying it because it’s (Cebu) something that I love already,” he said about his return adding that it was easy to transfer given the group of friends they have here, making the adjustment easier.

Being Waterfront’s executive chef, he hopes for guests to enjoy the variety of flavors offered at its restaurants, headed by its notable chefs.

“Each chef is highlighted and they know when they come here, they can taste different flavors because each chef would have their own experience. With those experiences, we have our own specialities. From there, we learn from each other,” he said. With this in mind, he added that his passion for cooking is fueled by continuously learning including the Cebuano cuisine which he learned firsthand from his fellow chefs.

In addition, he hopes for guests to appreciate the Filipino dishes they offer.

With his love for Filipino cuisine, Mathay deeply values the traditional way of cooking up Filipino fare with a modern presentation; something he thought about especially around a time when Filipino dishes weren’t given that much attention.

“Nobody at the time was really doing much about Filipino food. It was basically put on a plate and brought out. I always want to make sure to enhance the flavor, make sure the flavor is traditional and the plating is modern—when I say modern, I mean making sure it looks presentable,” he said.

This is something he hopes guests including locals and balikbayans visiting the hotel would enjoy and would feel proud to be Filipino.

“Our food has evolved in terms of presentation but the taste is still there.”