Bzzzzz: Councilor Mabatid tells why she opposed tie-up with DSWD on dole-out 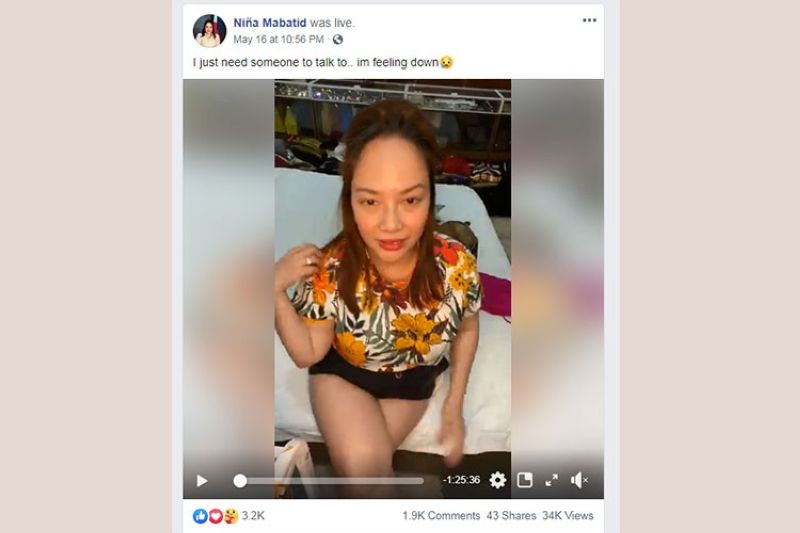 [1] STRANGLING INCIDENT OVER SAP. A Barangay Tangke, Talisay City councilor Wednesday, May 13, allegedly choked a college instructor who was part of a team distributing SAP or social amelioration program aid. His complaint: his constituents were not included in the list. The charge police was to file: direct assault.

[2] LAW ON INCITING TO SEDITION, which is used by police to go after those who post "kill-Duterte" bounty offers, has only one situation in Article 142 of the Revised Penal Code that might fit for the purpose: publicized materials that "tend to disturb or obstruct any lawful officer in executing the functions of his office." Would a ridiculous offer of a P50 million to P75 million bounty be covered by that? That depends on how the prosecutor and/or the judge will see it.

Authorities though may rely on the generalized part of the provision, a sort of "cover-all," namely this: publicized materials "which lead or tend to stir up the people against the lawful authorities or to disturb the peace of the community, the safety and order of the government..." That's as broad and wide as anything can get.

Administration Councilor Niña Mabatid of Cebu City north said she opposed the idea adopted by Mayor Edgardo Labella for barangay captains to handle distribution of funds under the National Government's Social Amelioration Program (SAP) in the time of the Covid-19 emergency.

She was one of the few Partido Barug councilors, she said, who suggested to Mayor Labella that local leaders keep their hands off the SAP dole-out. She was against the signing of a MOA between the city and DSWD. She knew, she said, the barangay captains could not help playing politics and favorites whenever given the chance to identify and choose beneficiaries of any government assistance.

She was right, she said, saying there have been many complaints about deserving people who were shut out from SAP and undeserving ones getting help first.

It's not easy for any mayor, Mabatid said, to run the city, especially in a time of pandemic. And nobody's perfect, she said.

Repeats, 'I am not a whore'

In Mabatid's Saturday, May 16, Facebook live monologue, later circulated as a video clip in some group chats, Mabatid recalled the June 19, 2018 incident at a Cebu City hotel where the hotel's guard mistook her for an escort when she accompanied her boyfriend at the time. Amid the furor then, she said it was "political."

Almost two years later, last Saturday she said she was "set up." But she didn't mention names of people responsible, or the details on how it was done. She repeated however her memorable line, "I am not a whore."

Now as No. 2 councilor in Cebu City north, there are talks she has been preparing for the 2022 elections, eyeing the congressional seat occupied by Representative Raul del Mar.

Indicators that she has been busy:

[1] She addressed her supporters in a Facebook live feed last Saturday, May 16, and indicates she would follow it with similar talks. Her informal chat included such segments as her activities of the day, current issues, love advice (her topic, apparently prepped for, was about breaking up with one's lover), occasional singing, and glimpses into her private life.

While she explained that she did the monologue because she was lonely, sad, and feeling "ma-oy" and "mingaw," she could be practicing for a regular way to connect with voters.

[2) She still visits mountain barangays and sitios despite the quarantine rules on social distancing, accepting invitations to family affairs of her supporters.

[3] She continues her "Paspas" card, which provides certain benefits to its holders, and provides, she says, a livelihood program for her supporters (whom she calls "Nina's warriors) during the coronavirus crisis. It's also a business for herself as she distributes s meat, other basic food and masks with the retailer getting a specified mark-up.

[4] She says she's one of the few councilors who have kept their office open during the Covid-19 lockdown, saying that she could help more during the time of distress, including assistance for funerals.

If she would keep up with her style in last May 16 chat, she would in future public talks allow glimpses into her private life, such as:

[1] How she started as, among others, a cinema usher who broke up heated love-making of some couples at the balcony; a shop assistant at SM mall, accepted despite her sort-of-5'4" height; and as clerk of a job recruitment agency, who rose from the ranks until she opened her own chain of offices.

[2] Her choice of drinks among beer and liquor whisky brands is topped by Red Horse, Emperador and Fundador ("but I prefer Red Horse," suggesting the common touch);

[3] Her preferred songs include: Air Supply's "Having You Near Me" ("Tonight we touch/until it's time to go") and Angela Bofill's "Break It To Me Gently." (The breakup style she recommends.)