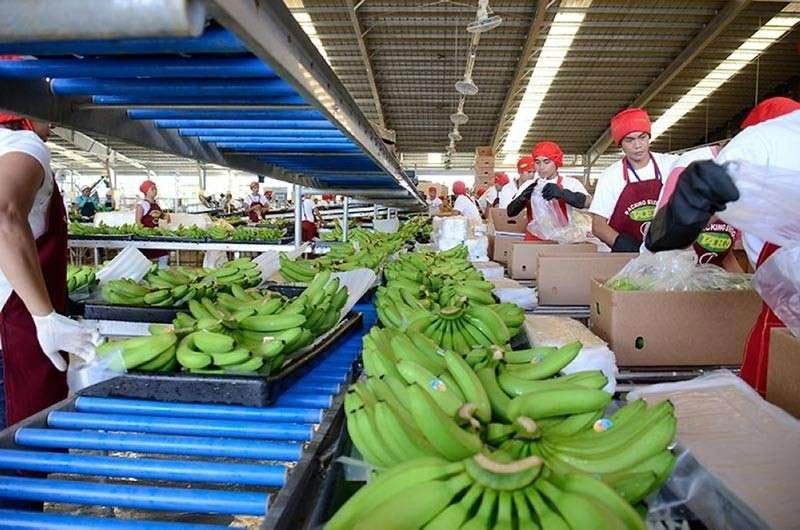 In a virtual presser, Davao City Chamber of Commerce and Industry, Inc. (DCCCII) president John Carlo Tria said the business experts are set to focus their upcoming discussions on the Mindanao economy which is primarily driven by agriculture and agribusiness.

He said the steady demand for food in times of pandemic means that agribusinesses may also generate jobs especially for sectors paralyzed by Covid-19 health crisis.

“Since the food and agribusiness are expected to sustain itself in the midst of a pandemic or calamity, looking at how to expand or broaden the economic multiplier of these important surviving sectors will become important,” he said.

Tria said banana and other fruit export companies are among the sectors that are able to continue to operate amid the pandemic.

“Ang job generation in agribusiness is very strong especially if it can take a lot of those that have been displaced like in tourism [sector],” he said.

Citing the results of the survey conducted by the National Economic Development Authority (Neda), he said the tourism and retail sectors were adversely impacted by the crisis.

“Sa hotels kasi, we all know na sila talaga yung malaki ang vulnerability because of the high cost needed to run a hotel (Hotels are vulnerable because of their high operations cost),” he said.

Marco Polo Davao recently decided to stop its operation beginning June 15 up to indefinite time due to the declining demand for accommodations and as a measure to protect its people from the virus.

Tria said that the tourism sector accounts for 12 percent of the Gross Domestic Product (GDP) and about five million employees.

“Mas maraming tourism workers compared to BPO workers and the next question is saan sila pupunta. Lalo na sa Davao City, malaking percentage ng ating workers are actually in the hospitality sectors, yung hotels, restaurants (There are more workers in tourism than in BPO and the next question is, where will they go? IIn Davao City, the majority of our workers are in the hospitality industry like hotels and restaurants),” he added.

Following the closure of Marco Polo Hotel, about 270 workers are said to be displaced.

He said some of them were observed to have innovated or scaled down its operations.

“Definitely, maraming hotels magsi-scale down sila ng operations. Siguro kung dati five floors, maybe they will operate one floor with minimal staff. Maybe, ang innovation nila is maging dormitel or apartelle na long-staying ang kanilang customers (There will be a lot of hotels that will scale down their operations like opening only one floor and with minimal staff. They might also operate similar to dormitels or apartelles),” Tria added.

He said the Chamber also promised to help tourism businesses if they decide to transition to agribusiness.