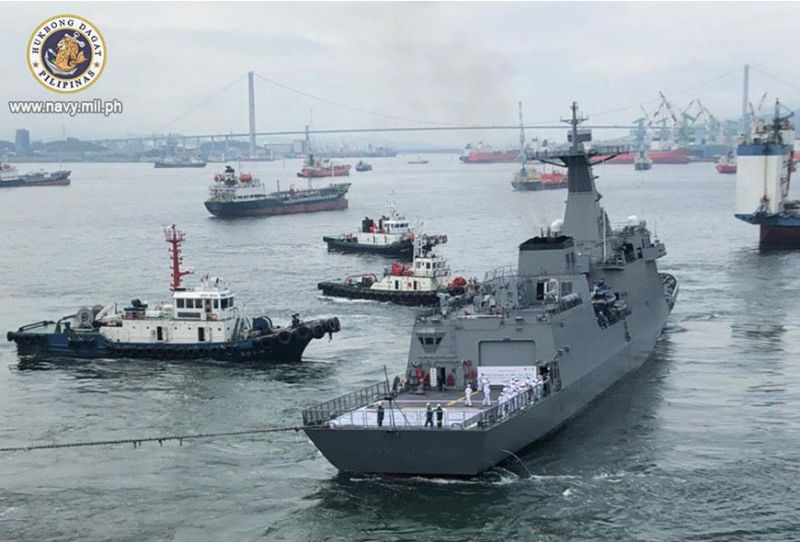 THE country’s first missile-capable warship is expected to arrive in Zambales on Sunday, May 23, the Philippine Navy (PNP) announced.

The PN said the sail-off ceremony for the ship named BRP Jose Rizal was conducted on May 18 at the Hyundai Heavy Industries (HHI) shipyard in Ulsan, South Korea.

It is expected to arrive in Subic Anchorage Area in Zambales in May 23.

Prior to the ship’s technical inspection and acceptance ceremony, the crew will have to undergo the 14-day mandatory quarantine.

“PN with the arrival of said vessel will have its first ever multi-mission capable frigate capable of conducting anti-air warfare, anti-surface warfare, anti-submarine warfare, and electronic warfare operations. With a maximum designed speed of 25 knots and a cruising speed of 15 knots and a range of 4,500 nautical miles, the frigate has successfully undergone sea trials and sea acceptance test,” the PN said.

It said the first of the two warships procured from the said company was supposed to be delivered in April but was delayed due to the travel restrictions brought about by the coronavirus disease (Covid-19) pandemic.

The second frigate, which will be named BRP Antonio Luna, is expected to be delivered by the end of 2020.

During the ceremony, representatives from HHI and Hanwha System also donated Covid-19 relief supplies for the PN. (SunStar Philippines)