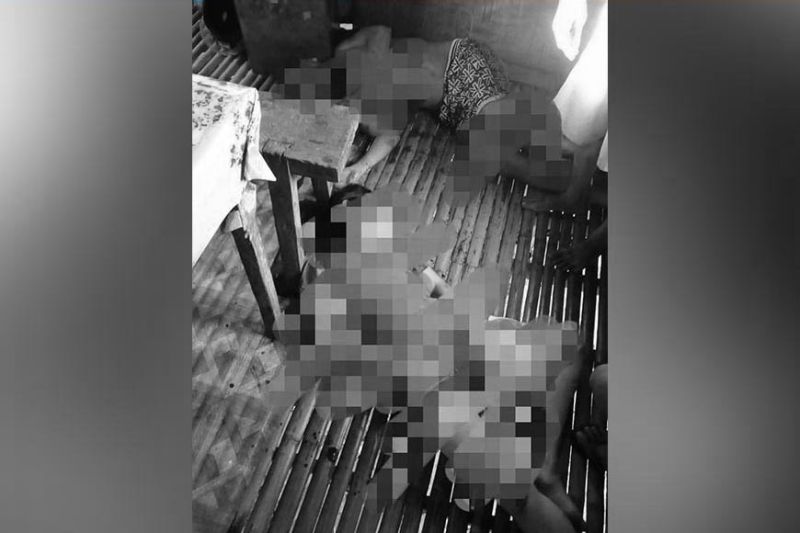 AT LEAST seven persons were killed, including the gunman who is said to be a former army personnel, after the latter ran amok in Calbayog City, Samar, Tuesday afternoon, May 19.

Police identified the two other injured persons as Humphrey Tacaldo, 54, and Janine Bareto, all residents of Purok 2, Barangay Gadgaran where the shooting took place.

Initial investigation disclosed the suspect, Glenn Balonan, was drunk when he started shooting the people around his neighborhood in Barangay Gadgaran at around 5:30 p.m. Tuesday.

However, responding policemen killed the suspect after he fought back.