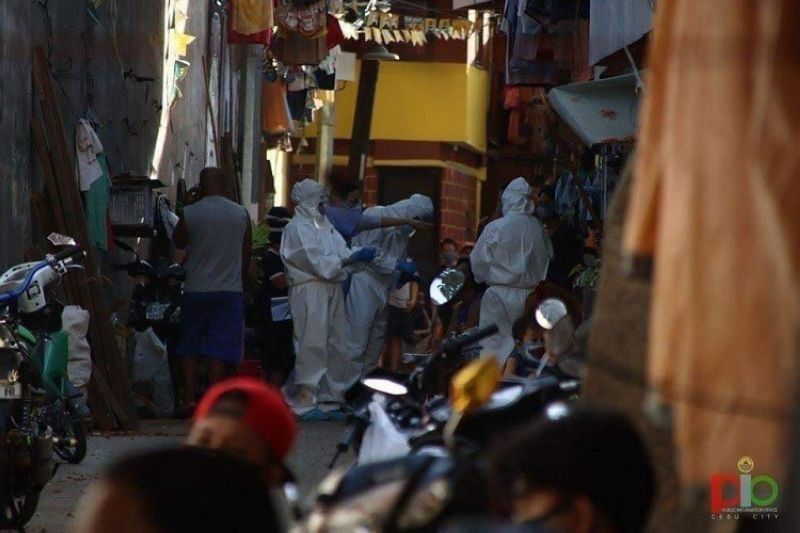 FIFTY-ONE residents of Barangay Luz, Cebu City who had been tested of the coronavirus disease 2019 (Covid-19) returned to their homes in the densely populated urban village on Tuesday, May 19, 2020.

This, as the Cebu City Government released them from the isolation center after the swab tests showed they no longer have the respiratory disease.

Each of the recovered patients received 25 kilos of rice from the City.

Before they tested negative of Covid-19, the residents had been brought to Luz Elementary School, which is the designated isolation center for Covid-19 positive persons showing no symptoms of the disease.

City Administrator Floro Casas Jr. said some of the released residents had been staying in the school for a month already. The swab testing delay contributed to their longer stay in the isolation center, Casas said.

The oldest person to get out of the isolation center was an 81-year-old woman, while the youngest was between nine and 11 years old, Casas said.

According to the city administrator, Mayor Edgardo Labella had instructed him to give 25 kilos of rice to the Covid-19 positive patients who recovered from the disease as most of them cannot go to work right away and no other means of income.

At the isolation center in Barangay Luz, City Councilor David Tumulak explained to the Covid-19 positive residents that they will receive a certificate from the City Health Department (CHD) if they are free of the disease.

Tumulak chairs the committee on disaster risk reduction and management in the City Council; he leads the border control group as the city is still under enhanced community quarantine, which was implemented to help prevent the spread of Covid-19.

Luz Barangay Captain Ronilo Sab-a thanked the City for helping his constituents in time of crisis. Last April 17, Labella ordered a total lockdown of Barangay Luz after more than 100 residents had been infected with Covid-19 in less than two weeks. (PAC, KAL)