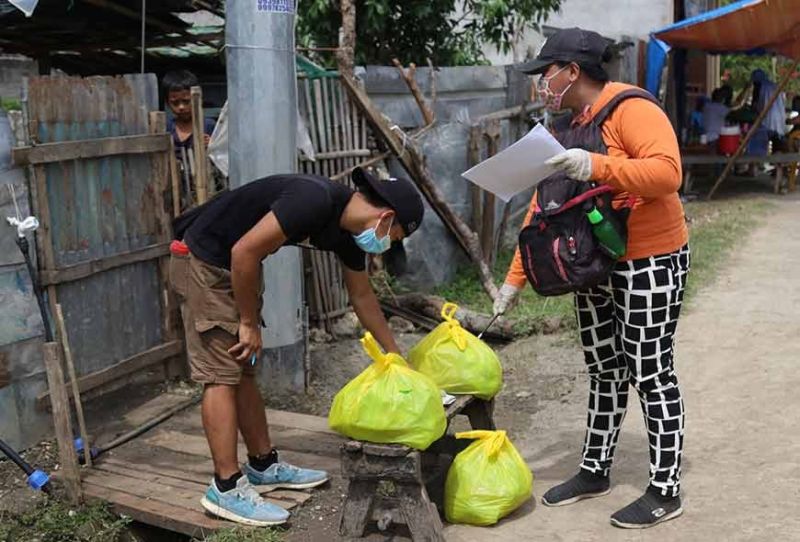 AFFECTED workers of business establishments, which are still prohibited from operating under the general community quarantine (GCQ), will be prioritized in the fourth round of the food ration, Davao City Mayor Sara Duterte-Carpio said.

Duterte-Carpio said in a radio interview on Tuesday afternoon, May 19, said that she already instructed the City Social Welfare and Development Office (CSWDO) to prioritize the workers of the still closed establishments for the fourth round of the food ration.

These establishments are the last to re-open for the next level of quarantine measure.

"Pagkahuman nato sa third round, and pwede na nato sugdan karon is mag focus didto sa mga establishment nga dili pwede mag open during a GCQ para mahatagan ug assistance kini sila. Because mao ni sila ang pinakalast nga mangabli and dili pa ni sila pwede magtrabaho (After the third round of the food ration, we will provide food assistance to the workers of the establishments that are not allowed to open yet during the GCQ because they will be the last to re-open)," she said via 87.5 FM Davao City Disaster Radio.

The mayor said displaced vendors, masseuses, and manicurists previously working at Osmeña Park and Roxas Night Market will also be prioritized in the next ration goods distribution.

She advised establishment owners to submit a letter of intent to the city government with details of their employees so they will be listed as priority beneficiaries.

"Employers should reach out to the CSWDO by writing a letter. They may also drop their letters at the Davao City Recreation Center (Almendras Gym)," the mayor said.

The CSWDO is currently on its third round of ration distribution and has already released a total of 1,147,979 grocery packs.

Duterte-Carpio said the ration goods distribution will continue while the city is still placed under community quarantine.

She said the funding for the rationing will be sourced from the P476-million Bayanihan to Heal as One Act grant given by the National Government.