Pacete: Prevent the second wave: No time to die 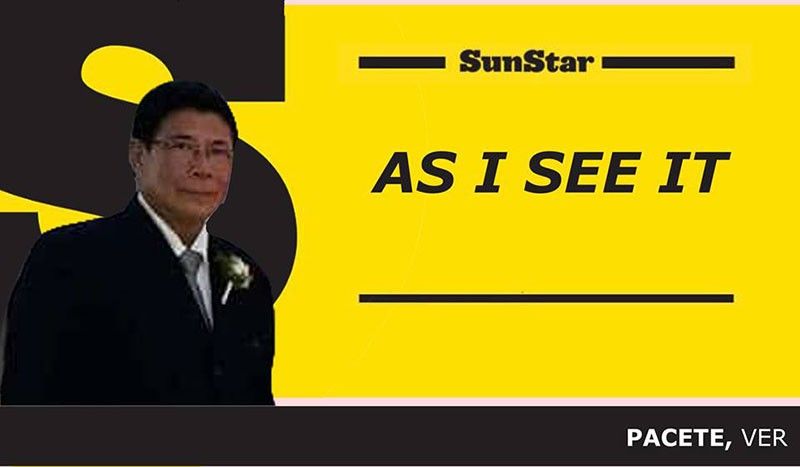 TO DATE, the best medical laboratories in the world are still in the process of perfecting the formula to stop Covid-19. The health protocol we are doing, so far, is our best effort to prevent the proliferation of the enemy that dwells in the microscopic world.

The restless Covid-19 continues to harvest life, worse than war. The world is in public health crisis because of the virulence of the unobtrusive adversary. For us to survive, we need self-determination and the will to live another day. Let us assure ourselves that we have no time to die.

When public transportation and businesses were reopened last Monday, many of us took the rush as if the world is not enough. Some bus terminals were crammed with passengers who totally forgot their two-month lesson in Social Distancing 101. The mayors and the chiefs of police in those LGUs concerned were caught with their pants down for the delay in implementing their crowd control plan.

Some malls underestimated the volume of shoppers that flocked on a panic Monday and they ran out of space needed for the physical distancing decorum. Other important government offices were also herded by those who have urgent concerns. Lines outside were kilometric and no protocol was observed.

Some who have no compelling tasks were also out to have fun in road testing their cars and motorcycles that have been hibernating for longer days. That contributed to terrible traffic congestion and in some instances caused unnecessary quarrel between the motorists and the traffic enforcers.

No one can prevent you from going out if you think that there is a necessity... after all, necessity knows no law. We are just reminding you that going out and mingling with people coming from other places carry a big risk not favorable to the risk takers. Covid-19 loves company, enjoys a joy ride, and like an acrobat... it hops from one person to another person.

The sociable coronaviruses that you get from public places will hitch ride with you in going home and they will love to become members of your family embracing first the vulnerable senior citizens and children. Within few days, your family members will notice the symptoms... coughing, sneezing, vomiting, headache, fever, sore throat, itchiness. There will be hysteria as family members scamper to the nearest hospital.

Later, they will be diagnosed as Covid-19 positive and they will end up in isolation rooms. This time those who are standing still but asymptomatic will worry where to get thousands and thousands of pesos for medical services, room rents and medicine. You will be lucky if your patients would be given early attention. Remember that your relatives are not senators, generals, cabinet members and popular actors.

Your neighbors will be agitated also and your community will be terror-stricken believing that those who are having common flu symptoms also have Covid-19. The health department of your LGU with the approval of the local inter-agency task force will declare a lockdown in your area. TV and radio reporters will give flash reports and some of your doing-for-nothing friends will post your family drama on Facebook. Many will write some unwelcoming comments.

If all of these involving the hundreds of other risk takers will happen simultaneously in our province... our hospitals will run out of beds for Covid-19 patients. There will be chaos in all emergency rooms and the ambulances can no longer accommodate all the emergency calls. All rescue teams will be dispatched... mayors will be stormed with alarming calls. Doctors and nurses on duty may not have enough stamina for the bulky work ahead of them.

Laboratories testing on patients under investigation may not be that fast. The agony while waiting kills and drains the resources of the still standing members of the family. All these happen because the risk takers simply listened to their want, disregarding the safety of others and the lessons taught by the government for the last two months.

We overcome the first wave but we may not be able to control the second wave that could be compounded by the opening of seaports and airports to domestic and international passengers. President Digong said that if there is going to be a second wave, the government may not have enough resources for the needs of the Filipinos. Secretary Harry Roque said there is no more mass testing, only expanded targeted testing for patients who are suspected to have Covid-19.

The simple move to do while waiting for the arrival of anti-Covid 19 vaccine and other medicament is to stay at home if you have no serious concern outside. Follow government protocol and do not allow yourselves to become fat or thin. Husbands and wife should help each other. A husband should see to it that his wife does not become pregnant again. Children should be given tutoring lessons. How would you do all these and many more? You know the answer.