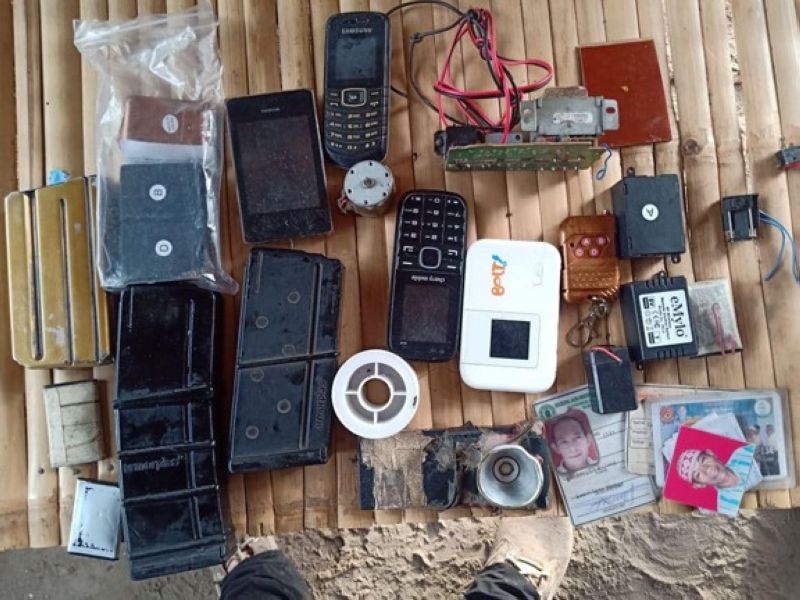 ZAMBOANGA. Two members of the Daesh-inspired Bangsamoro Islamic Freedom Fighters (BIFF) were killed as the government forces launch as offensive against them in Datu Saudi Ampatuan, Maguindanao. A photo handout shows the personal belongings of the slain BIFF the troops have recovered after the clash. (SunStar Zamboanga)

TWO members of the Daesh-inspired Bangsamoro Islamic Freedom Fighters (BIFF) were killed in a clash against government forces in Maguindanao, the military said Thursday, May 21.

Carreon said the clash ensued as the troops of the First Mechanized Infantry Battalion launched a combat operation and chanced upon a group of BIFF gunmen led by Saga Indong, Mahdi Adam and a certain Zan Kutin of the BIFF’s Karialan faction.

Carreon said the clash, which lasted for about five hours, resulted to the death of two BIFF members namely, Salamat Kutin, the brother of Zan, and Nasruden Akmad.

He said that two other BIFF members identified only as alias Amad and Saudi were wounded based on the report they received from the residents in the area.

There were no reported casualties on both sides of the government and enemy forces.

Carreon added that the Joint Task Force Central forces have built up their pursuit and combat operations against Daesh-inspired fighters.

“Offensives are mounted to derail enemy movement and hostile plans which may hamper the security and enforcement of community quarantine in the area,” said Lieutenant General Cirilito Sobejana, commander of the Western Mindanao Command (Westmincom).

“The military continues its relentless efforts to quell terrorism and lawlessness with its sustained campaign for peace and progress,” Sobejana added. (SunStar Zamboanga)