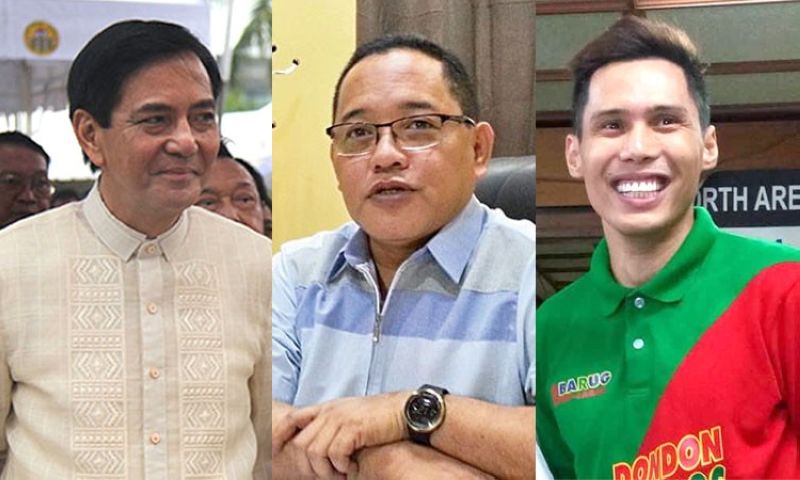 THE partisan voting in the Cebu City Council resolution that would've cut off funding for the mass testing project showed that politics has not taken a back seat even during the period of severe emergency.

It was an eight-eight vote, split down the line, with Partido Barug councilors opposing the resolution and BOPK councilors supporting it. Vice Mayor Mike Rama, a Barug stalwart, broke the tie and quashed the minority "revolt."

Apparently, the serious questions about the rapid diagnostic tests (RDTs) are already late for aborting the project -- the mass testing was in the middle or about to be finished -- but they could still be questioned later as part of the oversight function of the legislature.

As VM Rama pointed out, the City Council had previously debated the issue when it appropriated the amount.

They already decided on the spending and its merit. What BOPK councilors are questioning relate to performance in the execution of the project.

From news reports, those include such questions as:

[1] Why only 11,881 samples were collected when the target was 17,535. Low turnout showed, the minority said, distrust in the project as many had to be given incentives to submit to testing. Or many were just ignorant about the merit of mass teaching or feared they would be extracted from their families if found positive.

[2] The matter of sloppy or defective listing as some of those in the list were already dead while others withdrew.

[3] The "constant" changing of targets, from 23,000 families to 17,000, which Councilor Raymond Garcia said would already suffice, based on "what they told" him.

[4] An "unsound methodology, with many issues surrounding it."

Sensitivity of the rapid test kits and whether they were approved by the Department of Health regional office were also questioned. While DOH "repeatedly" defended the test kits as "precise enough for strategic mass testing," BOPK wondered why DOH had not issued a document officially recommending the test kits.

In sum, they were matters what should've been tackled during the debate when the proposal was previously presented and voted upon. Did BOPK raise the questions then, at least those that were already evident or could've been anticipated? Or did Barug also outvote BOPK in "those past sessions" that Rama referred to?

When the vote tied at eight all, there was brief suspense, even among Barug councilors, on how the vice mayor, who was the presiding officer would vote.

His questions sometime ago as the coronavirus epidemic raged -- about the rapid tests, some decisions of Mayor Edgar Labella regarding the anti-Covid-19 campaign, and the alleged shutout of many Barug councilors from the decision-making -- fueled suspicion that he might vote for the BOPK resolution suspending the funding.

One Barug councilor, Nina Mabatid, publicly said she and her colleagues worried that Rama would cross party line to articulate his dismay. But Rama didn't, to the relief of the Barug councilors.

Rama voted without rehashing his tirade against the mayor. Another Barug member, Kons Dondon Hontiveros, No. 1 councilor in Cebu City south, voted with his group but expressed reservations (still considered a "no").

By the way, what political stripe does Tumulak wear now? He was BOPK when he won in 2019. Is he Barug or an independent? He didn't show partisan color during the voting.

A City Hall watcher said that at least Kons Dave stayed and explained his vote. He didn't resort to the usual tactic of most fence-sitters: disappear and go to the restroom until the voting is finished.