Editorial: Man up, be accountable 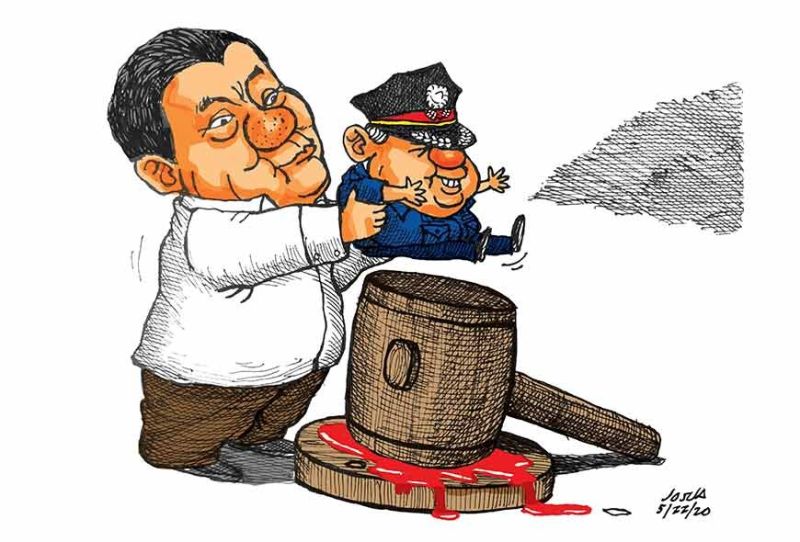 CEBU, or Central Visayas as a whole, probably felt some relief but staggered with a silent case of PTSD (post-traumatic stress disorder) after then Police Regional Office Central Visayas director Debold Sinas left his post to accept the National Capital Region Police Office assignment. It was his bloody stint of 16 months in the region that left a spate of unsolved killings.

The good general figured in national news recently following alleged violations of the Bayanihan law. His office’s public information office posted on its social media account photographs from a daybreak salo-salo supposedly to welcome his birthday. The photo selection sparked social media reactions before a good number of them were taken down.

It was rather late. The photographs, which became viral, showed his men and a number of officers in round tables, some without masks, and apparently breaking physical distancing protocols. One of the group photos showed a good number of beer cans tucked under the table. Earlier, Sinas said some of those pictures were taken from a different occasion and some were edited. Unfortunately, the images themselves refute his version and the public isn’t all that naive.

Later, Philippine National Police (PNP) Chief Archie Francisco Gamboa said it is PNP tradition to honor officers on their birthday with a mañanita, as though implying that the idea of an old practice excuses one from all quarantine measures. It rubs salt to the families who could not even mourn close to their Covid dead because, yes, the law is the law. We suppose a legion of us foregoes with tradition in the holy name of public safety. Sinas simply sends the wrong message, but he is more than happy that no less than President Rodrigo Duterte himself confirms his place under the fold of power. He can gloat in secret after getting that assurance from the most powerful man.

So he sticks to his post, and most probably the in-house probe on him will die a natural death in friendly hands. The whole issue will eventually just pass off as another public relations incident well handled. Much like the series of killings while Cebu was under his watch, merely “suspense files” as Sinas would classify them, virtually dead cases in the absence of new leads.

Recall, as well, the murdered active police officers killed under Sinas’s watch—Jonathan Tilos, Melchizedek Batomalaque and Delfin Bontuyan. The string of San Fernando town ambush killings, yes. The list can go on and on. Any self-respecting top-rank official would probably lose one’s self-worth.

But let’s move on, as Sinas would like the public to do. It’s a dangerous proposition. It sweeps under the rug just about any amount of accountability.