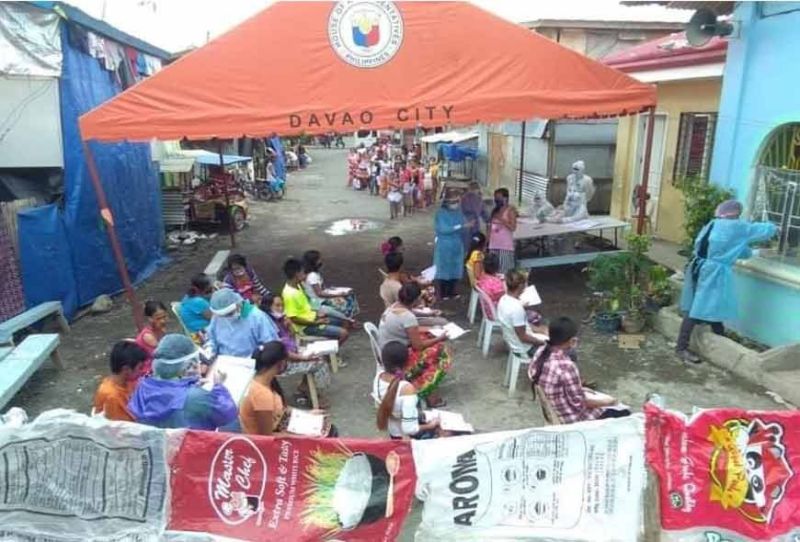 The mayor said in a radio interview on Thursday afternoon, May 21, that 212 residents and four staff of the Department of Social Welfare and Development (DSWD), who were also distributing the Social Amelioration Program (SAP), were all tested and yielded negative results.

Duterte-Carpio, on Thursday, May 21, however, said it is “very sad” despite the “zero negative” individuals in random testing.

The mayor earlier said using a rapid diagnostic test (RDT) will not give an accurate result in determining whether an individual is positive with the coronavirus disease (Covid-19).

She said RDT kits would either give a “false negative or positive” result.

“Okay lang unta kung false positive kay kung positive, ginadala nato diretso sa SPMC (Southern Philippines Medical Center) (It would have been okay if the result was initially false positive because we would immediately rush them to SPMC),” Duterte-Carpio said in a radio interview via 87.5 FM Davao City Disaster Radio.

In terms of testing the right number of individuals, the mayor said they already “caught many” persons.

Both Audan and Duterte-Carpio agreed that the best way to see the presence of the virus is by using the reverse transcription-polymerase chain reaction (RT-PCR) test.

Barangay 23-C is one of the seven barangays in Davao City that are classified as “very high risk” due to a significant number of cases of Covid-19.

Initially, the mayor said the city transported 37 23-C residents to the city’s quarantine isolation facilities because their residences are near a purok that had two Covid-19 positive individuals. She said 11 of them tested positive.

Based on the Department of Health (DOH)–Davao Region patient profile data, as of May 18, 2020, 23-C has the highest number of Covid-19 positive cases with 28.