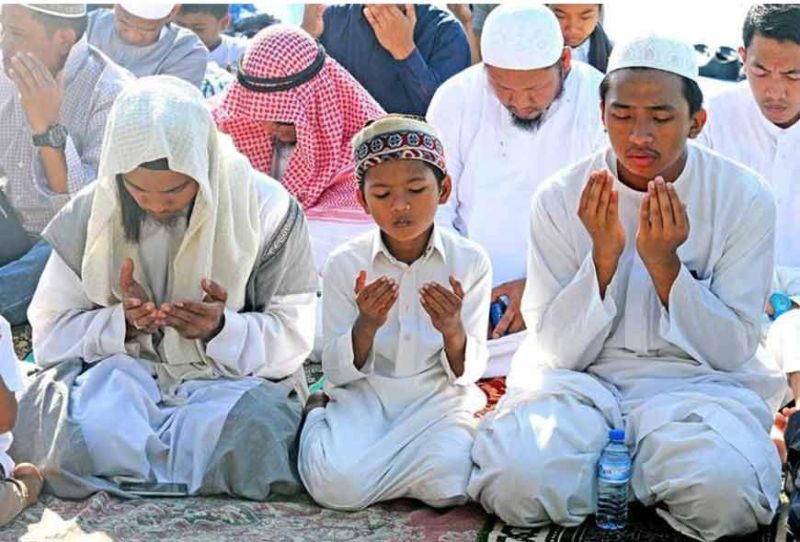 THE annual Eid’L Fit’r public mass prayer in Davao City, which is slated on Sunday, May 24, is canceled due to the continued prohibition of religious gathering.

Davao City Mayor Sara Duterte-Carpio said in a radio interview on Thursday, May 21, that the cancelation is in accordance to the omnibus guidelines set by the Inter-Agency Task Force on Emerging Infectious Diseases (IATF-EID), wherein areas including Davao City placed under general community quarantine (GCQ) are not encouraged to hold religious gatherings.

“In unavoidable instances, religious gatherings, in any case, should not be more than10 persons. Minimum health and safety precautions, such as wearing masks, social distancing, should also be in place,” the IATF-EID omnibus guidelines state.

However, the mayor said the mass prayer will not push through since it is expected to be a mass gathering.

“Eid’L Fit’r is a big, big celebration so maka-expect gyud ta’g mass gathering (so it is expected that there will be a mass gathering),” she said in a radio interview via 87.5 FM Davao City Disaster Radio.

However, the mayor said The National Commission on Muslim Filipinos (NCMF), in partnership with the Presidential Communications Operations Office (PCOO), will broadcast live Eid’l Fit’r Prayer and Khutbah on Sunday 7 a.m. to 8 a.m in all local and national government media stations, including Disaster Radio.

Khutbah serves as the primary formal occasion for public preaching in the Islamic tradition.

Duterte-Carpio encouraged Muslims to take part in the celebration.

NCMF issued guidelines in sync with the IATF-EID order, wherein protocols should be followed.

For localities where a modified enhanced community quarantine, which includes Metro Manila, the Commission reminded that mass gatherings are still prohibited, but may be restricted to a maximum of five persons.

For areas under enhanced community quarantine, holding any mass gatherings in public or private settings is prohibited.

In areas under GCQ, “minimum health and safety precautions, such as social distancing and wearing of masks, should be in place.” Religious gatherings should also have no more than 10 attendees.

Meanwhile, in a radio interview with Radyo Pilipinas 1, Davao City Madrasah Comprehensive and Development Promotion Program executive director Aleem Jamal said a moonsighting activity will be conducted in Shrine Hills, Matina to determine the exact date of the Eid’l Fit’r.

Jamal also encouraged Muslims to continue praying within their respective homes, in compliance with the government’s mandate to home quarantine.