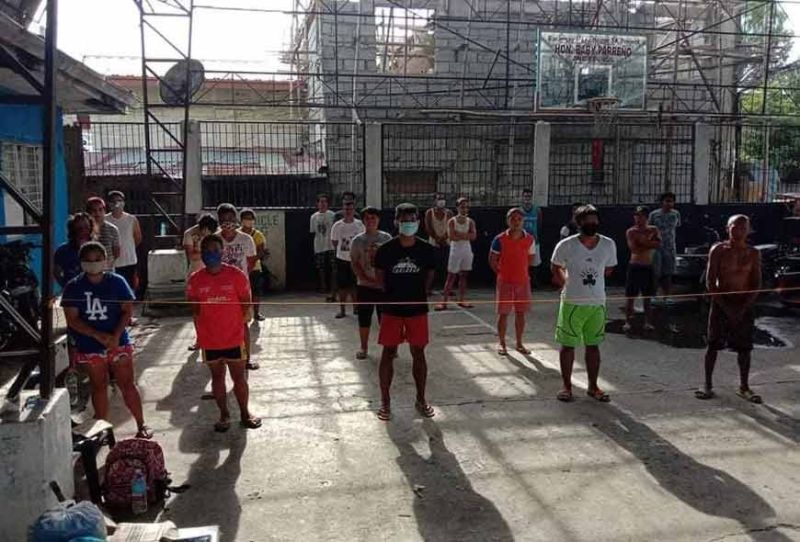 A TOTAL of 286 persons in Bacolod City were arrested by Bacolod City Police Office (BCPO) for violating the health protocols in the campaign against coronavirus disease (Covid-19) Wednesday afternoon, May 20.

Police Lieutenant Colonel Ariel Pico, spokesperson of BCPO, said Thursday, May 21, the violators were arrested by personnel of Police Stations 1 to 10 and the operatives of Mobile Patrol Group and Bacolod City Mobile Force Company for not wearing face mask and not observing physical distancing.

They will be charged for violations of Executive Order No. 35 and Article 51 of Revised Penal Code for disobedience to person on authority.

Pico said BCPO director Colonel Henry Binas earlier ordered all the station commanders to arrest and file charges against the violators of health protocols in the city.

He said the station commanders were directed to arrest those who are not observing the physical distancing and not wearing of face mask in public places.

“It’s a simultaneous implementation of filing of cases against the violators of health protocols within their areas of jurisdiction,” he added.

The station commanders were also required to submit their daily reports to the BCPO Headquarters.

Pico said it has been observed that since the implementation of general community quarantine (GCQ) in the city, several Bacolodnons were not wearing face mask and not observing the physical distancing like in terminals, markets and malls.

“In previous weeks, we’re only giving warning to the violators, but now we will strictly enforce the law. We’re still in the crisis due to Covid-19 so let’s cooperate to prevent and stop the spread of the virus,” he said. (MAP)