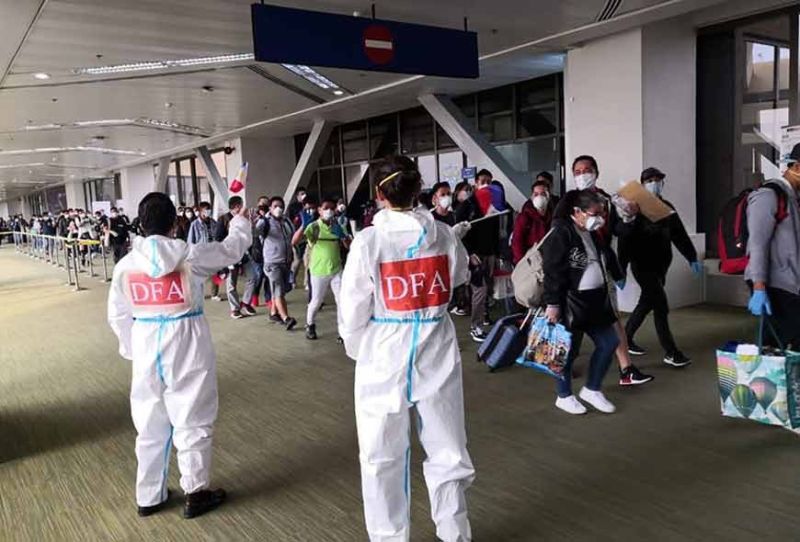 THE arrival of more overseas Filipino workers (OFWs) in the next few weeks could lead to a spike in coronavirus infections across the country, National Task Force COVID-19 chief implementer Carlito Galvez Jr. said on Friday, May 22.

At least 30,000 OFWs who have been displaced by the coronavirus disease (Covid-19) pandemic have been repatriated. Over the next few weeks, Galvez said they expect around 42,000 more to come home.

Galvez said the returning migrant workers are coming from areas that are affected by the pandemic such as the United States of America (USA), Spain, and Italy.

Nasal swabs are taken from OFWs upon arrival. They are then brought to quarantine facilities for the mandatory 14-day isolation.

He said that of the estimated 30,000 OFWs who were tested, only 2.0 percent or around 600 were found positive for the novel coronavirus, or Sars-CoV-2.

Galvez said the Inter-Agency Task Force (IATF) for the Management of Emerging Infectious Diseases is preparing for a possible second epidemic wave by clustering areas based on the number of confirmed cases.