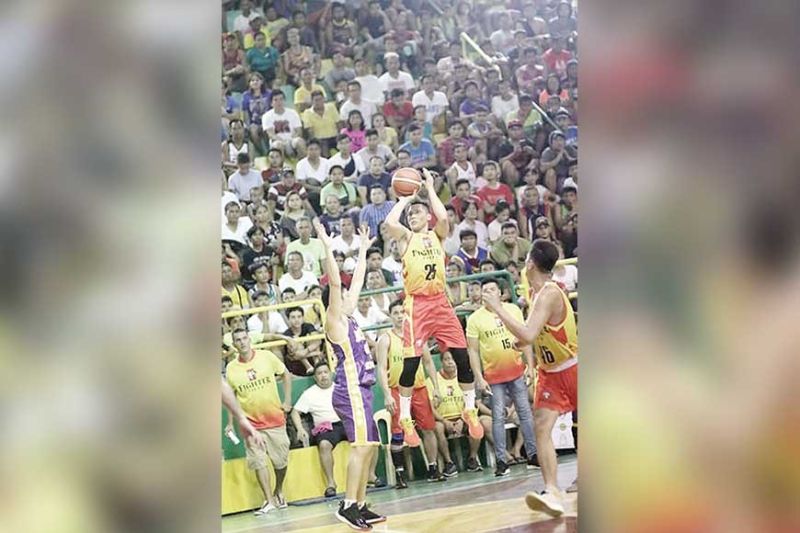 PANALAY games and leagues not only provide entertainment to people in places usually starved for basketball action but also give coaches and players a great opportunity to earn money, either for themselves or for their families.

But how do players and coaches approach these kinds of games considering the amount of money that is involved?

Some players really take each game seriously knowing that winning the championship could not just mean a big payday but could also lead to better opportunities.

“I approach every game in panalay gaming seriously because the more games you win, the more money you get,” said former University of the Visayas (UV) ace Eman Calo, who is now playing for Davao Occidental in the Maharlika Pilipinas Basketball League (MPBL).

“I approach every panalay game seriously. I go out there and play to win every time. We’re playing for the pride and money,” said Mac Racho, a sweet-shooting forward who played for Iloilo in the MPBL.

“Every game is an opportunity to show off your abilities. Because if you do a good job, maybe the manager will still get you for future games,” said former Cebu Shark Iron Suano. “Of course, if you win the game, you might be given a bonus. Since panalay is my livelihood, I really need to have a winning mindset in every game.”

Monic Soliva, a former Mythical Five member of the Cebu Schools Athletic Foundation Inc. (Cesafi), says he goes all out in every game he plays in as he explained, “You go all out because no one will hire you if you take it slow.”

The approach to coaching panalay games is also different, says Marvin Caro, a veteran of the circuit having coached in leagues all over the country and even abroad. He says that coaching panalay players involves less strategy and more “pakisama.”

“In panalay, your players are probably the best players of their leagues so it’s really important that you know how to get along with the players,” said Caro. “As a coach, you need to know how to listen to your players since you all want the same thing: to be the champion so that the team owner will be happy. It really is a give-and-take process.”

Van Halen Parmis, one of the most decorated coaches on the panalay circuit, added that coaching in these games takes a lot of patience since you are not only dealing with players from different parts of the country but sometimes, from other parts of the world.

Panalay takes a lot of patience and hard work as these players differ in languages such as Bisaya, Ilonggo, Waray and Tagalog and even foreign languages. They are also very different in character and styles of play. Some are even star players from their respective ball clubs and previous teams. It’s a challenge to coach a panalay team as you have to mend their teamwork and strengthen the roster in just a few days,” said Parmis.

As lucrative as panalay basketball is, there is a risk involved that all players are leery of: injuries. And while the fact remains that injuries can happen in any game at any time, suffering one in a panalay game has dire consequences that can wipe out hard-earned savings and even end careers.

“I’m always concerned about injuries while playing in panalay games because if you get injured, you won’t get the chance to play in the next game or even the next league, and that means a lot, especially if playing in these leagues is what feeds your family,” said Rizal guard James Regalado.

“I’m 100 percent concerned because the owner can’t take care of everything if ever there are accidents,” added Suano.

“Getting injured means you cannot continue to play. No game means no money. Also it’s scary to get injured during panalay, especially when it’s a serious one, because you don’t have any assurance that the team owner will shoulder all your medical expenses,” said Russel Moneva, a crafty point guard and a prominent figure in the panalay circuit.

“That’s actually what I am scared of the most whenever I play in ‘panalay’ games: injuries. Unlike in the MPBL where you have a contract that states they will cover everything if ever you get injured, there is no such thing in ‘panalay’ games,” said Joseph Nalos, a point guard for the Bataan Risers in the MPBL.

“I always secure myself if I play in ‘panalay’ leagues because if you go all out and then, you suffer an injury, nobody else will pay for your treatment. Unlike in school or in the MPBL where management will take care of everything in the case of an injury. The worst case scenario is if your injury is career-ending, then diha, ikaw mao ang luoy,” said Reeve Ugsang, the former big man of Southwestern University-Phinma.