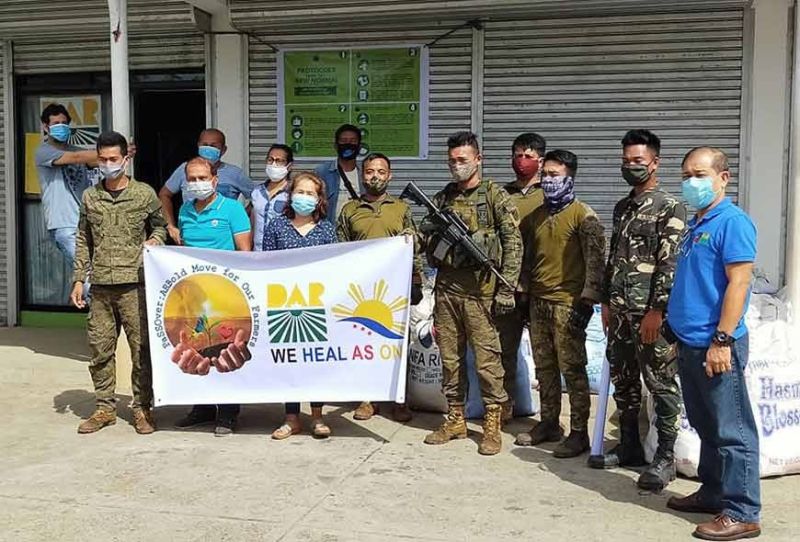 THE Department of Agrarian Reform – Negros Occidental II has already delivered 4, 037 packs of food items to agrarian reform beneficiaries (ARBs) in cities and municipalities in southern portion of the province.

These farmer-beneficiaries were affected by the national health emergency caused by coronavirus disease (Covid-19).

Figueroa said of the total number of aid packages, 1,238 were delivered to DAR Municipal Offices in Fourth District; 1, 987 in Fifth District; and 809 in Sixth District.

“All packages must be distributed by Municipal Agrarian Reform Program Officers to identified ARBs before May 28,” he added.

The distribution of aid packages is only one of the four components of the agency’s program dubbed “Passover: Arbold Move to Heal as One Deliverance of our ARBs from the Covid-19 Pandemic.”

The program aims to provide immediate assistance to ARBs to mitigate the impact of the pandemic.

“Aside from these aid packages, we will also provide farm inputs to agrarian reform beneficiaries organizations (ARBOs) such as seedlings, fertilizers, pesticides, and farm tools to help our farmers to resume planting their crops,” Figueroa also said.

Another component of the project is the extension of assistance to women ARBs.

Specifically, the DAR works on providing them with livelihood activities especially in food production such as egg and poultry production, hog fattening and similar activities based on their preferences and capabilities.

The Arbold project is initiated by Secretary John Castriciones as the agency’s response to Republic Act No. 11469 or the Bayanihan to Heal as One Act.