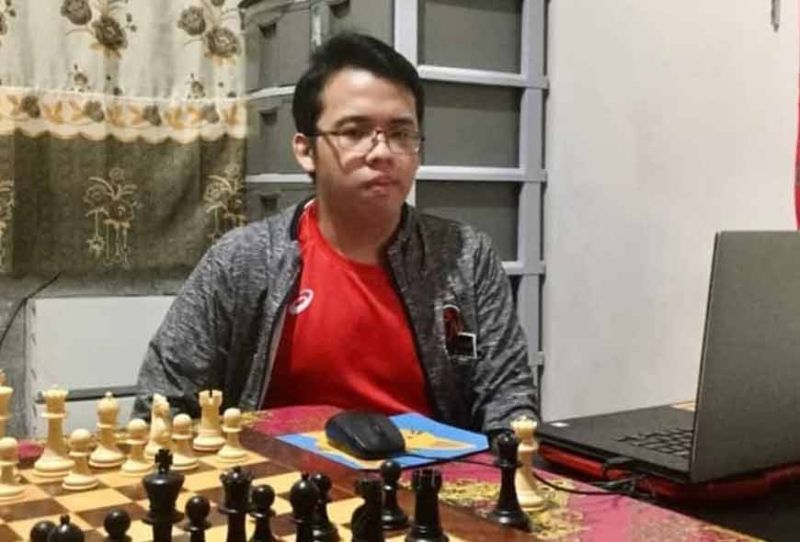 The Philippines will compete against Vietnam, Malaysia, Indonesia, Singapore, Thailand, Mongolia and Myanmar in the Zonal that will determine the Asian grand finalists.

“I was not expecting to be the champion although I really targeted to be one of the top three para makalaro pa rin po sa Zonal,” the 19-year-old Dabawenyo said in a Facebook chat interview Thursday, May 21.

The second seed Miciano tallied 12 points in the 15-round tournament, upstaging third seed IM Daniel Quizon and top seed Eric Labog, Jr. who scored identical 11.5 points to place second and third. respectively, in the event organized and sanctioned by the National Chess Federation of the Philippines (NCFP). The national qualifying used 15 minutes plus three seconds increment.

He also said that unlike board tournaments wherein he is face to face with opponents and sees their reactions, in online tournaments, he is alone in a room with just a laptop. But he shared that he just sets his mind that he is only playing in an actual tournament venue.

He, however, did not discount being nervous still while playing in the online chess tournament just like in board competitions.

“Kailangang i-push ko sarili ko na this is a serious tournament rin po considering that this is a qualifying for Philippine team who will represent for Asian Zonal. Usually my training in both discussions and games are through online so I have to condition myself that this one is an actual tournament, not just training games,” he added.

Since his tournaments abroad were cancelled due to the Covid-19 pandemic, he continues to train online. He also hopes that a vaccine for the virus will be available soon so he could travel safely once international tournaments push through.

Meanwhile, Miciano and his parents are still currently stranded in Manila and they hope to avail of a sweeper flight or a commercial flight back to Davao City. Their Clark-Davao March 16 flight was canceled before a lockdown was enforced at the Davao International Airport.