How my street changed in two months 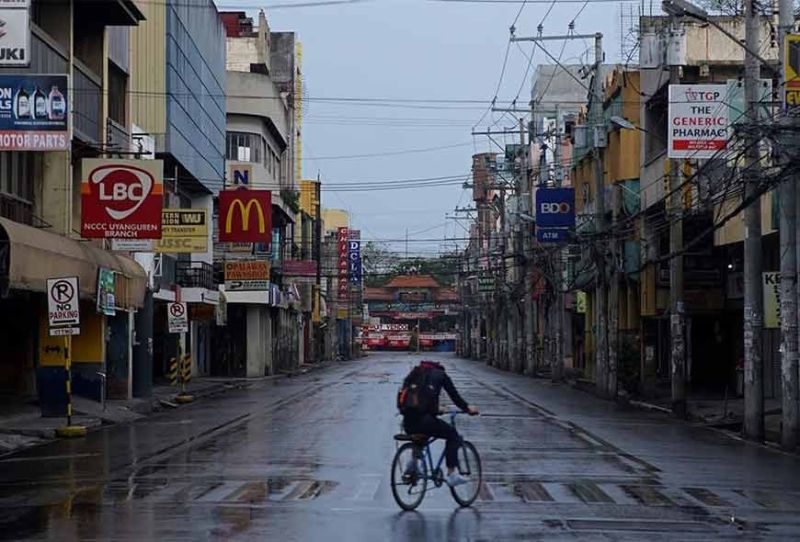 Super Ike discreetly opened their restaurant to the public but instead of a crowd rushing to taste their batchoy, there were very few people who came. They closed a day or two after the opening.

The batchoyan pride itself of being originally from Koronadal City, my hometown. So instead of a gastronomic experience that was supposedly going to transport me back home, I was left with a closed restaurant on my street.

It was a bad time to open a business, even if they were selling food. Just a few meters from where I lived was the Roxas Night Market -- the entire stretch used to be filled with both Dabawenyos and tourists who have heard of the famous charcoal ice cream, the Roxas massage experience, or even the long stretch of ukay-ukay. The city was less lonely because of the people who clearly have nowhere else to go but back and forth through the street holding an isaw in one hand and an avocado shake in another.

But as if in a fairy tale where everyone fell to a deep slumber after a curse, the people at Roxas Night Market disappeared. No longer were the laughter heard nor the smoke from the barbecue area seen. It was as if the entire city was in mourning. The little round light bulbs over the street island remain but no one there to appreciate or take a selfie with it for Instagram. Roxas Night Market was the one of the noisiest and festive destinations in the city on normal days and when it was whisked silent, the entire city followed.

But I had to leave my house at Ponce St. and transfer to a new rented house in C.M. Recto St, supposedly one of the busiest streets in downtown Davao. On normal days, private vehicles even use the outermost lane of the road as parking areas leaving very limited spaces for moving vehicles. At times, portions of the road were closed to give way to underground cable works by the city government. C.M. Recto St. is also a business district. It’s a long stretch of banks, hotels, shops, and restaurants. Some people rushing to work or school go through this street. And yet when the quarantine started, this sense of urgency was immediately stopped to give way to an eerily quiet street that becomes more like a ghost town when the clock turns to the curfew hour.

By the 3rd or 4th week from the start of the quarantine, I started hearing cicadas at night -- which is interesting because I live in downtown Davao, right at the center of the city.

In the mornings, what used to be the sound of jeepneys or honking private cars was changed to the peddlers shouting, “Isda! Pasayan! Gulay!” “Mais, Sweetcorn! Init pa! Init pa!” “Apple! Orange! Lemon!” -- of course lemon being the kalamansi and not the yellow citrus fruit.

Peddlers rarely shout “Taho!” “Balot!” or “Bote, Bakal”. They changed it into something the people would need more. It’s like the market coming closer to our very streets.

The sky misses the usual planes passing through. Sometimes a smaller plane, probably carrying stranded passengers from elsewhere or some cargo, zips through the sky and it startles the people nearby.

I go to work and to the supermarket in my two-month-old bicycle I named Pedals and I see other people doing the same. I guess bicycles now are more practical options with their economic, health, and environmental benefits. But I have also talked with bikers who got into minor accidents only because bigger vehicles refuse to give way or there was no respect for the biker’s road space.

I drive pedals through the narrow alley between two banks leading to my house. In front of the gate, I gently pulled the left handbrake and climbed down the bike. Not far away, I can hear the siren loud and long enough as if to say, “It’s 6 p.m. Go inside your houses.”