A professional for others, committed public servant 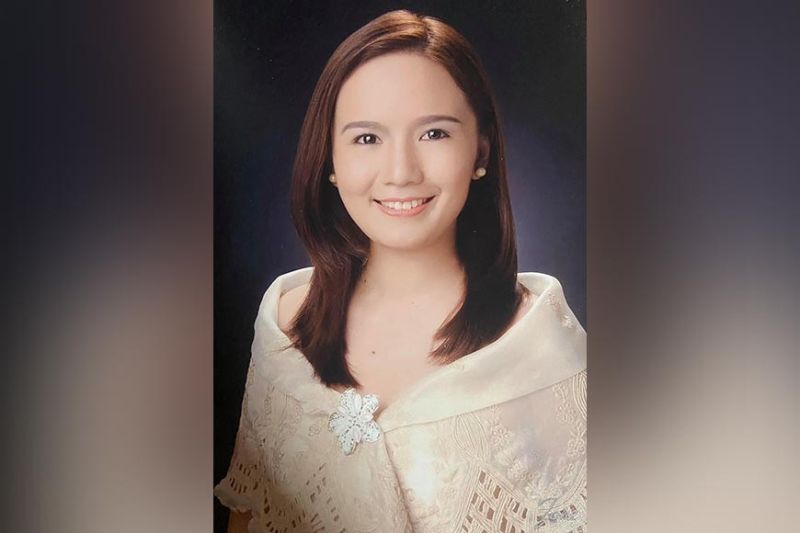 HOW does it feel to be groomed as the next Singapore Prime Minister Lee Hsien Loong, former United Nations (UN) secretary-general Ban Ki-moon, and former Department of Interior and Local Government (DILG) Jesse Robredo?

For Dabawenya lawyer Cristyl Mae Senajon, it felt surreal to have been qualified and soon study in the high-caliber Harvard Kennedy School of Government (HKS) in Cambridge, Massachusetts, the alma mater that produced notable leaders like Lee, Ban, and Robredo, among hundred others.

In early May, Senajon, a lawyer and a Graft Investigation and Prosecution Officer (Gipo) at the Office of the Ombudsman, received a letter from HKS informing her that she made the cut in the school’s Masters in Public Administration (MPA) program.

In the letter, HKS dean Douglas W. Elmendorf noted that Senajon was among the chosen applicants based on “intellectual capability, leadership potential, and commitment to public service.” And proving it to the university requires grit and determination to fulfill her dreams.

“Admission to Harvard Kennedy School (HKS) is competitive,” she began. “As a matter of fact, they admit only a small fraction of the thousands who apply to the school every year.”

It took her several months to prepare her documents for application such as academic transcripts, test scores, analytic resume, letters of recommendation, and essays and another three months to wait for the results.

“I wasn’t really confident I’d make the cut. Luckily, the result came out positive which was an absolute surprise. But I’m definitely grateful that I got in and that I would be able to live out a lifelong dream,” she said. That lifelong dream is to solidify her advocacies on social entrepreneurship and good governance.

A huge chunk of Senajon’s career was devoted to uplifting people’s social and economic life. Prior to her work in the Office of Ombudsman, she spent her longest time as Program Manager of Ateneo de Manila University (Admu) School of Government’s Youth Leadership & Social Entrepreneurship Program from May 26, 2008 to May 27, 2011.

In about three years, her initiatives and leadership enabled youth leaders, professionals, non-government organizations, and overseas Filipino workers (OFW) to appreciate and activate their social enterprises.

Her projects include introducing about 130 professionals to the concept of social entrepreneurship and help them start earning profit while helping those in the marginalized sectors of the society.

Another project she handled involved a social entrepreneurship training of 150 pre-selected college students from cities of Quezon, Baguio, Naga, Bacolod, Cebu, Davao, and Cagayan de Oro. She also led an initiative granting seed funding to youth groups in Marikina City to begin their startup social enterprises that address problems in the fields of education, health, and the environment, among others.

“My Ateneo education has taught me to become a person for others or better yet, a professional for others. Thus, after college and despite lucrative offers from big multinational corporations, I purposefully took a job at the Ateneo School of Government as a Program Manager for its Youth Leadership and Social Entrepreneurship Program. This was at a time when social entrepreneurship was hardly a buzz word in the Philippines,” the Ateneo de Davao University (Addu) class valedictorian Senajon said.

Her constant exposure to the social and economic realities of the country through her programs motivated her to explore policymaking, good governance, and public service. She left her post and pursued a Juris Doctor degree in Admu. It soon landed her a job at the Ombudsman.

However, her desire to do more inspired her to complement her legal practice with knowledge in public service by taking MPA in HKS.

“I have felt that if I wanted to become better at what I do both as a lawyer and as a public servant, I must also educate myself especially with the things that I know little about but are nonetheless relevant to my profession,” she said.

What seemed to have helped her make the cut in a reputable university is acting on the change that she wanted to see in her society. And it only needs a strong drive to effect change.

“Anyone can be a changemaker. I was able to foster the growth of a global movement that is social entrepreneurship here in the country which led to the successful birth of social enterprises because I have believed that no one is too young to change the world,” she said.

“Who you are doesn’t matter. But what you are as a person - your beliefs, passion, conviction, talents, skills, and vision - is all that it takes to make a difference and impact the world in a positive way,” she added.

Serving her community while barely out of college, Senajon is optimistic about the youth as catalysts of change.

“Young people are in the best position to effect change because they are full of ideas and energy to make things happen. They can be social innovators with powerful ideas to dramatically improve other peoples’ lives. You don’t have to be a lawyer to be all of that,” she said.

For those who want to follow her path, Senajon advised that students must focus on their studies as good grades may open professional and academic opportunities.

She said good grades must also be paired with essential skills such as leadership, communication, and synergy, which are learned by joining clubs, organizations, and other co-curricular activities. And finally, faith in oneself and God.

“Whatever career path you choose, always believe in yourself - that you are capable of anything you put your mind and heart into. Most importantly, pray to God as anything is possible with Him,” she stressed.

Senajon is confident that admission to institutions like HKS is not a far-fetched dream for everyone, much more the possibility to make a change in the world.

For now, her plan is to intensify campaigns against graft and corruption in the country, especially in the local government units as soon as she finishes her studies.