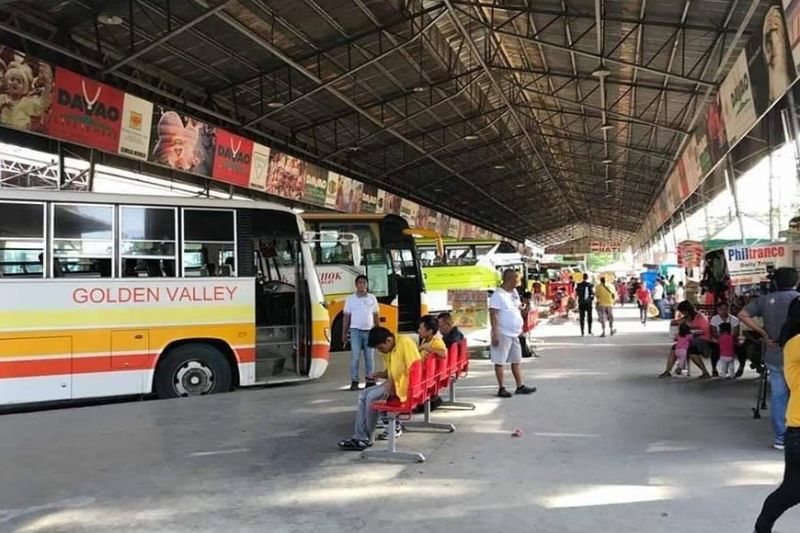 In an office circular on Thursday, May 21, LTFRB-Davao opened various bus routes in the provinces of Davao del Norte, Davao de Oro, Davao Oriental, and Davao del Sur effective May 22 until 31, unless further extended, modified, or withdrawn.

LTFRB, on April 30, said “public transportation shall be operating on a limited capacity, and shall be allowed only in routes identified and approved by the Department of Transportation (DOTr) and/or the Board.”

To be able to operate in these routes, bus operators should file their application with the necessary documents to the LTFRB-Davao office until May 23. The regulatory body will select among the applicants who will be allowed to operate in the routes.

According to LTFRB-Davao, the selection of operators per route will be based on the following criteria:

preference shall be given to area-based flee-managed single operator who can provide all the required number of compliant units;

applicant-operator, where at least 50 percent of its existing route is covered by the new route in terms of route length, will be given priority;

in case the one selected is a group of operators who consolidated operationally, the number of authorized units of the rationalized route must be distributed proportionately among them and;

in case its existing number of units is less than the required number of authorized units of the new route applied for, other operators in the adjacent existing routes or within the proximity of the existing route can be allowed to apply.

The mayor said this is in compliance with the Inter-Agency Task Force for the Management of Emerging Infectious Diseases (IATF-EID) Omnibus Guidelines dated May 15, 2020, Sec 7 (6) that states, “The movement of persons across areas placed under GCQ and modified GCQ for any purpose other than leisure shall be permitted.”

Usop said the Dcott terminal will undergo strict measures to ensure that it will comply with the mandated health measures amid the coronavirus disease (Covid-19) pandemic.

She said only one bus per company per trip/route is allowed. Only buses with a special permit from LTFRB can operate.

A terminal to terminal policy will be observed. Bus drivers are also not allowed to pick up passengers along the way.

To properly implement the physical distancing rule, Usop said buses are only allowed to carry 50 percent of the total capacity of the vehicle.

She also said the terminal will strictly implement a “no face mask, no entry” policy.

She also said buses shall install sanitizer or spray alcohol to passengers upon entry. Footbaths at the entrance of the buses shall be placed too.

In a recently issued statement, the Davao City government said anybody can go out of Davao City anytime, as stated in the Omnibus Guidelines that the City Government does not need to issue travel orders to individuals who intend to go out of the city.

However, all incoming individuals to Davao City shall be subjected to a health screening upon arrival at the land, seaport, and airport checkpoints.

The health screening conducted will determine whether a person shall go directly to the Southern Philippines Medical Center (SPMC) for RT-PCR testing and quarantine or proceed to 14-day mandatory home quarantine.

The City Government also said individuals and workers coming in and out of the city, every day shall be subjected to the same health screening procedure every time they come in but they will not be mandated to be quarantined.

Those who fail the health screening will be sent to the SPMC.

Meanwhile, the city said longer lines are expected at the checkpoints and airports due to the limited number of qualified health personnel to conduct the health screening. (With reports from Juliet Revita)