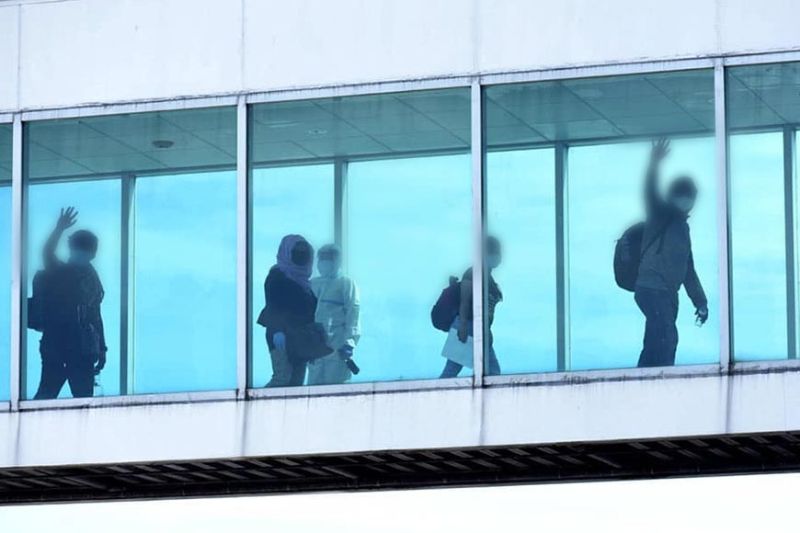 TWO passengers who arrived from the May 21 mercy flight of the Overseas Workers Welfare Administration (Owwa) are currently under surveillance after failing the initial health screening, Davao City Mayor Sara Duterte-Carpio announced.

The Owwa flight arrived on Thursday afternoon, bringing a total of 99 passengers who were carried in the mercy flight.

The mayor was not able to disclose further details as her radio interview was cut short.

Initially, she said the flight from Manila carries 102 Dabawenyos back to the city. The flight included 31 assisted by Owwa, five assisted by the Maritime Industry Authority (Marina), and 66 students.

In case a passenger will test positive in the RDT test, he or she will be referred at SPMC for a confirmatory test using the RT-PCR test.

Health officers will advise them if they need to have a swab test at SPMC, go to a city quarantine facility, or just undergo a 14-day mandatory home quarantine.

The mayor already clarified that all passengers coming from outside the region are still not deemed “negative” unless they will comply with the 14-day home quarantine with no symptoms related to Covid-19.

A similar mercy flight conducted on May 12 had three Covid-19 positive patients who were immediately sent to the Southern Philippines Medical Center (SPMC) after testing positive in the reverse transcription-polymerase chain reaction (RT-PCR) test for Sars-CoV-2, the pathogen that causes Covid-19.

Meanwhile, Duterte-Carpio already cautioned Dabawenyos on the possibility that passengers coming within the region have exposure from the Covid-19.

“As expected naa gyud mag positive ana because gikan sila sa isa ka lugar nga daghan kaayog positive and dunay community transmission. So, expected na ninyo nga dunay mag positive ana nila (We have to expect the one or more will be positive since they are coming from an area that has a high number of Covid-19 cases),” the mayor said on Thursday afternoon, May 21.

She also said Covid-19 cases in the city are expected to rise following the implementation of the general community quarantine (GCQ), which allows some business sectors and establishments to operate in a skeleton workforce

“We do not expect na mapababa ang confirmed Covid-19 cases. Mutaas ug mutaas gyud na siya tungod daghan nang tao ang naa na sa gawas, and nagtrabaho na, and naa na tao na musulod sa atong lugar (We do not expect a decrease in Covid-19 cases in the city. It will definitely increase because many people are now returning to their work, and also residents from outside the city are traveling here again),” the mayor said.

Aside from the mercy flights, the City Government is also preparing for the resumption of the inter-provincial bus operations on Monday, May 25.