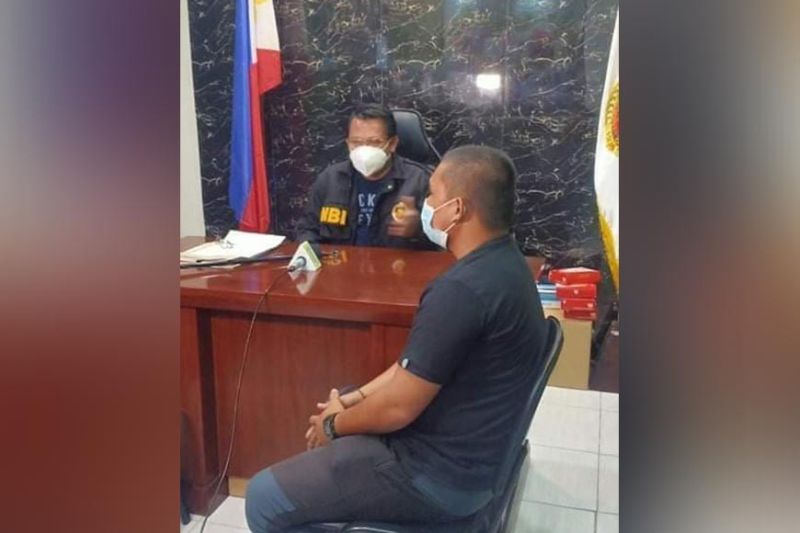 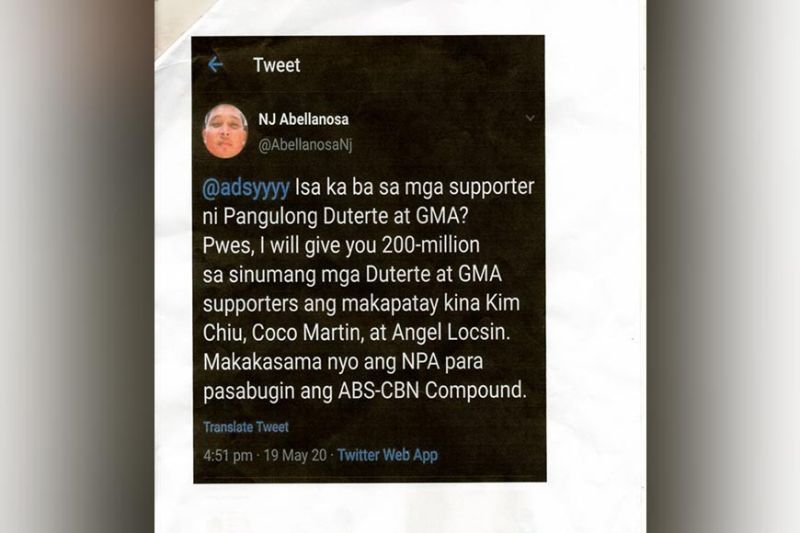 A RESIDENT from the Island Garden City of Samal (Igacos) personally appeared at the National Bureau of Investigation - Southern Mindanao Regional Office (NBI-SEMRO), denying claims that he was behind the post on Twitter offering P200 million for those who can kill controversial ABS-CBN celebrities.

Based on the report from NBI-Semro released on May 22, the personality was identified as Nhiel Jhon Abellanosa, 25, a scuba diver, and a resident of Purok 7, Barangay San Miguel, Igacos, whose picture appeared as the profile picture of the user who posted an alarming threat, personally appeared at the NBI Samal Satellite Office on May 21.

Abellanosa wanted to clear his name, disputed that he was behind the post which was posted by a Twitter user @AbellanosaNJ on May 19, 2020 at 4:51 p.m. In the post, the Twitter user offered millions of rewards to whoever could claim the lives of famous celebrities.

The post has already been taken down and the social media account can no longer be found.

The post reached the attention of actress Angel Locsin who was seemingly unfazed by the threat. She posted the screengrab of the post in her Instagram account jokingly captioned of paging the NBI. “Hello, NBI? Beken nemen po...” with an emoji.

To further prove his innocence, Abellanosa surrendered his cellphone, a Vivo Android Y53 Model for technical examination, and asserted his willingness to undergo a lie detector test.

“He is now preparing his affidavit of denial with the assistance of PAO (Public Attorney’s Office) lawyer.

Meanwhile, in her Twitter post, Locsin thanked the NBI after the agency reached out to her and welcomed to assist her and other artists who are receiving threats on social media. She also expressed disinterest in pursuing a case against the perpetrator of the post for now but hinted that she will file a complaint if he repeated the offense.