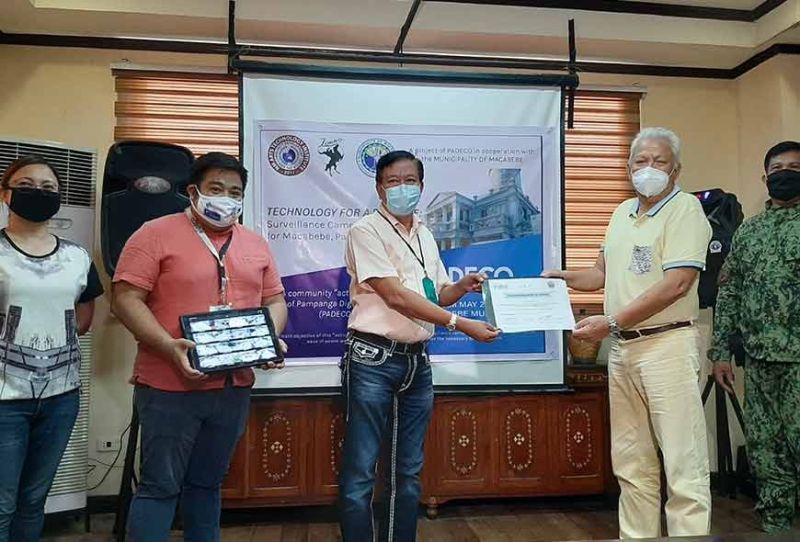 TO BOOST the monitoring and response activity of the coronavirus disease (Covid-19), a local internet provider donated a surveillance system to the local government in Macabebe, Pampanga.

According to PADECO field technical director Jose Mallari, the system amounts to some P5 million aside from the regular maintenance that will also be regularly undertaken by the company.

The security cameras are installed at the entry points and other strategic places in town such as in the boundaries between its adjacent municipalities Apalit and Masantol, and in the vicinity of public market and town plaza.

The system is connected to the internet also provided by Padeco so it can be accessed real time at the monitoring screens, as well as via cellphone application, said Mallari.

NMAT executive director Leng Nojadera, who initiated the project, said that the project is aimed at augmenting the peace and order response of the local response, especially in this time of pandemic.

“Some cameras are installed at the same place where MECQ-checkpoints are situated. They are now serving as additional eyes and documented evidence in case any untoward incident happens,” she said.

Nojadera said the surveillance system is the first to be installed in the Pampanga, but has long been utilized in Bagac, Bataan and in Baguio.

“We intend to install it in other municipalities of Pampanga to also provide another layer of security in their communities,” she furthered.

This town’s chief of police Major Michael Chavez, meanwhile, said that the launching of the project is very timely in this time when strict monitoring is needed to ensure the safety of the people.

“It is very beneficial because we are able to monitor the situation at the checkpoint and public places such as the market. When we observe that there is crowding and physical distancing is not followed, we can immediately send additional personnel to manage the area,” he said.

Chavez furthered that the system augments the shortage of police force in town, which currently have only 22 personnel serving about 80,000 residents.

“It did not only double, but maybe tripled our police (force) because we are now able to monitor the busiest places in town,” he said.

Mayor Bobong Flores, for his part, expressed gratitude to PADECO and NMAT for their generosity to the local government and people of Macabebe.

“The surveillance system will really boost our peace and order monitoring, and our response during this Covid-19 situation,” he added.