DOH 7: No need to test repatriates for Covid-19 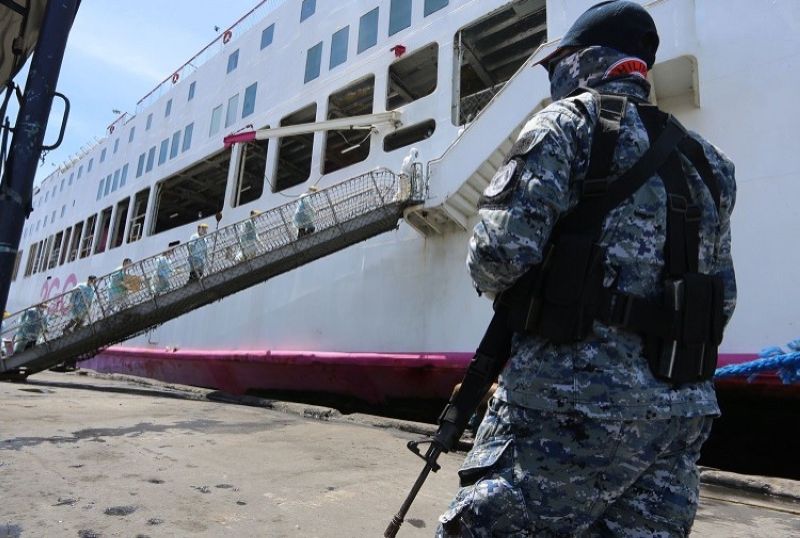 THE more than 400 stranded overseas Filipino workers (OFWs) who arrived in Cebu from Manila on two different boats on Saturday, May 23, 2020, will not have to undergo rapid testing for the coronavirus disease 2019 (Covid-19).

Jaime Bernadas, Department of Health-Central Visayas (DOH 7) director, said these OFWs, who were allowed to come home under the inter-agency program for the repatriation of OFWs, already yielded negative results in the swab test for Covid-19 conducted in Manila.

"No more...they will be sent home na after ma-informed ang gov (governors) and mayors and their communities," he told SunStar Cebu in a text message Saturday.

"They were quarantined in Manila for several days and they were tested using the PCR (polymerase chain reaction) test for Covid-19) before their release,” he said in a mix of Cebuano and English.

On Thursday, May 21, the Philippine Coast Guard announced that 14,669 OFWs in various quarantine centers have been issued a quarantine clearance after they tested negative for the novel coronavirus and completed the mandatory 14-day facility-based quarantine. Several stranded OFWs initially complained that they have been in quarantine for more than the required 14 days because the results of their RT-PCR tests have not been released.

Lt. Junior Grade Erick Salcedo, PCG 7 spokesman, said based on their data as of 4 p.m. Saturday, a total of 249 OFWs arrived in Cebu on board mv St. Michael the Archangel, the first of the two 2Go vessels scheduled to arrive in Cebu on Saturday.

He said they were expecting around 253 OFWs to arrive in Cebu on board the first vessel, based on the initial master list given to them.

"The 253 was the given master list of 2Go, but we always depend on the actual as per profiling made by Owwa (Overseas Workers Welfare Administration)," he said in a mix of Tagalog and English.

OFWs from Leyte and Bohol, he said, were scheduled to leave for Bohol and Leyte Saturday night depending on the availability of the vessel.

"Coordination has already been made with the two local government units (LGUs). Just like our first batch of repatriates through 2Go, the OFWs were dropped off here. Cebu is like their gateway. From here, they go to their final destinations," he said.

Mv St. Michael the Archangel docked at Pier 6 in Cebu City around 10:30 a.m. It then set sail for Dumaguete City in Negros Oriental at 2:10 p.m.

Other passengers on board mv St. Michael the Archangel include an estimated 33 OFWs from Dumaguete City, 73 from Ozamis City, six from Iligan City and 36 from Zamboanga City.

Salcedo said the delay was caused by the stringent screening conducted on the OFWs in Manila.

"The Department of Health, the Philippine Red Cross, the Bureau of Quarantine, Owwa and other agencies took their time during the screening process to make sure the OFWs were Covid-free and their documents were all in order,” he said in a mix of Tagalog and English.

He said medical teams were on board the two vessels during the trip to escort the OFWs.

He said the OFWs were screened through thermal scanners upon arrival at Pier 6.

As of press time, the government has yet to issue details on the actual number of OFWs who were dropped off in Cebu on board mv St. Francis Xavier.

Initially, Salcedo said based on the master list given to them, mv St. Francis Xavier had around 374 OFW passengers.

He also said they have yet to categorize if all of the OFWs are seafarers or land-based OFWs or a combination. (WBS)