Bus operation not yet ready 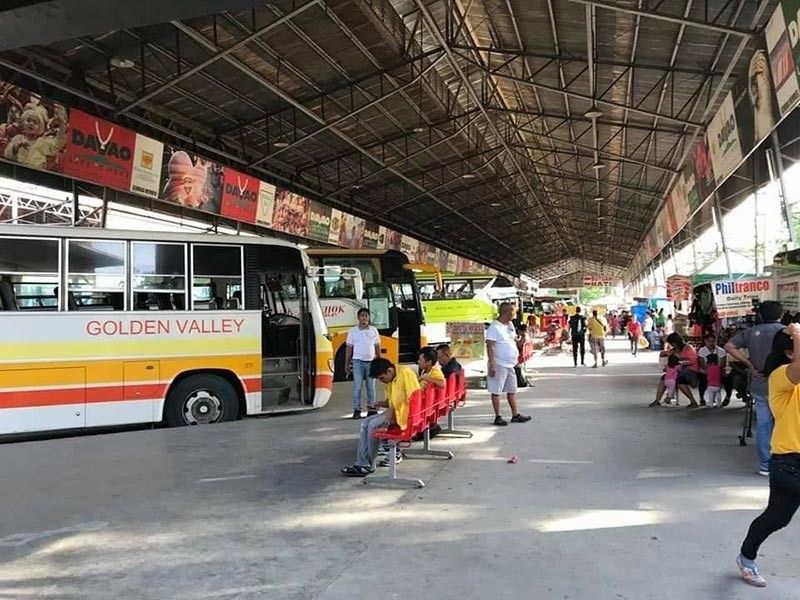 RESUMPTION of bus trips within Davao Region is still not possible on Monday, May 25, the Land Transportation Franchising and Regulatory Board - Davao Region (LTFRB-Davao) said.

LTFRB-Davao director Armand Dioso told SunStar Davao in a phone interview on Saturday, May 23, that the resumption of bus operations within the region is still not final as some local government units (LGUs) are not yet ready to accept passengers coming from Davao City.

Dioso said the LGU chief executives in Davao Region, during a meeting, said they are still mounting their health screening guidelines and resources in preparation for the resumption of the inter-provincial bus trips.

LTFRB-Davao on Thursday, May 21, announced the opening of various inter-provincial bus routes as the operation of public transportation is allowed under general community quarantine.

These are routes traversing in the provinces of Davao del Norte, Davao de Oro, Davao Oriental, and Davao del Sur.

However, Dioso said the chief executives, in an initial dialogue, already agreed to allow bus trips in their localities.

He said they are continuously communicating with different LGUs for the resumption of the bus trips.

But in case buses will not be viable for the inter-provincial mass transportation, Dioso said they are looking into the possibility of issuing special permits to public utility jeepneys (PUJs) and UV express vans to accommodate the needs of transportation, especially those outside Davao City who are in need of a ride going to work.

Dcott head Aisa Usop, in a separate phone interview, said she was already informed by LTFRB that resuming bus operation is not yet feasible.

Usop said they are awaiting the announcement of the LTFRB-Davao as bus companies who will be given special permits are also waiting for a go signal.

Usop, on Wednesday, May 20, along with LTFRB-Davao and other agencies, inspected the terminal and set distancing measures for the supposed resumption of bus trips on May 25.

“On the part of Davao City, we have done our part in the preparation in the opening of the bus trips,” she said.

Davao City Mayor Sara Duterte-Carpio also reiterated in her recent radio interview that Davao City is now ready to open its borders for the resumption of bus trips, but on a limited “capacity”.