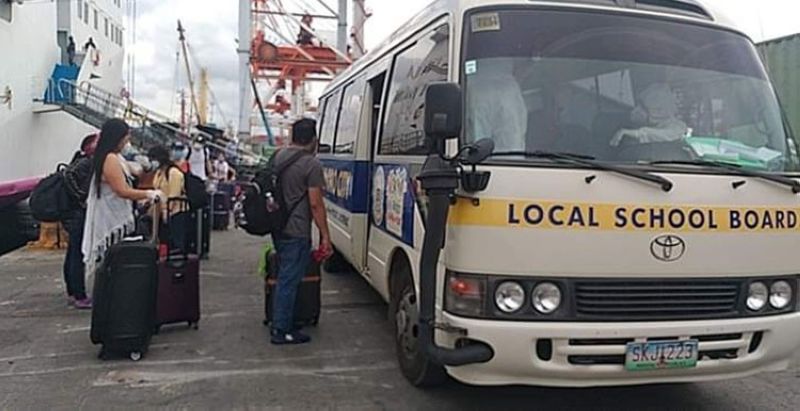 CAGAYAN DE ORO. The City Government has accepted locally stranded Kagayanons from neighboring cities since March, as part of its humanitarian consideration for the city residents who have been stranded since the pandemic erupted. (Photo courtesy of CIO)

NORTHERN Mindanao has recorded a new coronavirus disease (Covid-19) case, a 26-year-old man from Iligan City, bringing the total cases in the region to 22.

It was earlier announced that the new case is a resident from Cagayan de Oro, but in its daily briefer released Saturday night, the Department of Health in Northern Mindanao (DOH-10), clarified that the man is a resident of Iligan City.

In a press briefing Friday morning, City Epidemiologist Dr. Joey Retuya said the young man was in Cebu City to take the Architect Licensure examination. After the exam was postponed, he decided to go home and was among the passengers who returned to Cagayan de Oro last May 19 through the city's humanitarian program.

Retuya said upon their arrival at the city port, they were placed in the City Isolation Unit while others who arrived from neighboring towns were transported to their homes.

Retuya said the patient was swabbed on May 21 after exhibiting mild cough. He tested positive and was subjected for treatment at the City Isolation Unit.

If his cough progresses, Retuya said the patient will be transferred to the Northern Mindanao Medical Center (NMMC).

In the meantime, Cagayan de Oro City contact tracing team is contacting the passengers, including the crew of the ship.

Two of the four individuals, one of which was an overseas Filipino worker (OFW) who already tested negative, while the remaining patients have yet to be swabbed.

Since March 30, Cagayan de Oro has recorded 621 new arrivals in the city, 102 of these individuals are quarantined at the CIUs, while the remaining 129 are under home quarantine.

After the DOH's clarification, the number of Covid-19 cases in the city is back to 9, with four recoveries and five deaths.

Currently, the Northern Mindanao region has 798 suspect cases, 507 individuals were tested negative, while 44 are still waiting for results.

Also, the recorded 63 deaths tagged as suspect cases have all tested negative.