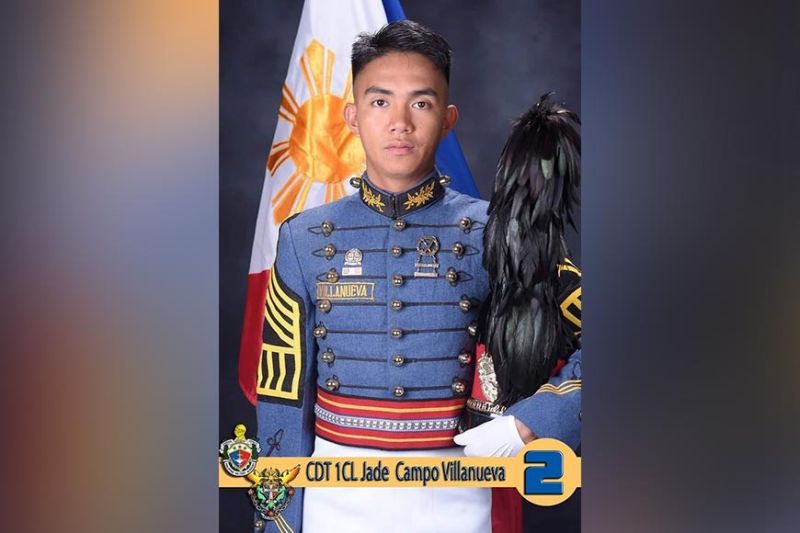 THE Tacloban City Government and Leyte Normal University (LNU) are celebrating the academic feat of Second Lieutenant Jade Campo Villanueva who graduated salutatorian of the Philippine Military Academy (PMA) “Masidlawin” Class of 2020 on Friday, May 22.

“We are very proud of what he has achieved as a Taclobanon. It shows the resilient character of Jade to overcome all of life’s challenges. In spite of past failure and adversity, he persevered and excelled,” said Tacloban Vice Mayor Jerry Yaokasin.

“This is a product of hard work, strong dedication, discipline and courage. He will be a role model and an inspiration to our students,” added LNU in a statement.

According to the university, Villanueva preserved the culture of excellence of his alma mater.

“We wish him luck in his challenging journey, and we are grateful for his commitment to serve the country,” it said.

Villanueva, who also survived in the 2013 Super Typhoon Yolanda, is the eldest of three children.

His mother, Lucita, is a public school teacher while his father, Ramon, is a construction worker.

Before entering the PMA, Villanueva finished Bachelor of Secondary Education major in Physical Sciences in LNU in 2016, according to the university publication An Lantawan.

Meanwhile, LNU congratulated its former student who graduated from the Philippine National Police Academy (PNPA) “Mandayug” Class of 2020 on Friday.

Cadet First Class Michael Duane Relano took up Bachelor in Secondary Education (S1-1) in LNU in 2015 and entered the Academy in the following year, according to An Lantawan.

“These are troubled times, dangerous [and] abnormal times caused by a fast-spreading and highly contagious virulent virus, the Covid-19, that cuts across the whole of humankind...Patience, perseverance, and resiliency are the crying needs of the moment. I trust that every Filipino has this in his person and virtues abundant,” said President Rodrigo Duterte in his speech to the PMA and PNPA graduates he delivered from Malacañang through a videoconferencing app.

Amid the coronavirus disease pandemic, Duterte reminded the graduates to remain true to their duties and “remain as ever loyal to the Filipino flag.”

This is the first time Duterte missed the PMA graduation rites in Baguio City since he became President in 2016. (SunStar Philippines)