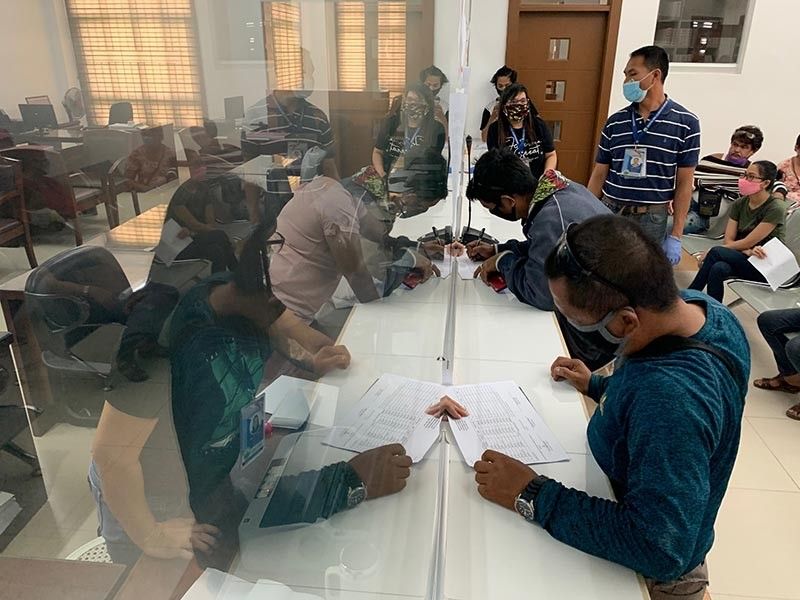 PAMPANGA. Drivers and operators of public utility vehicles sign up for the cash aid from the Lubao LGU. (Contributed photo)

THE local government unit of Lubao, Pampanga on Friday, May 22, released P3 million as financial aid to drivers of public utility vehicles.

Mayor Esmeralda G. Pineda led the distribution of financial assistance to 1,505 drivers belonging to jeepney and tricycle associations in Lubao.

The assistance was part of the LGU’s effort to mitigate the effects of the community quarantine that prohibited drivers of passenger vehicles from plying the streets and earn.

Each driver was given P2,000 each in the one-day activity held at the municipal hall.

“These drivers have not been able to work because of the travel restriction so we decided to give them assistance help their families even just during this pandemic,” Mayor Pineda said.

Only drivers who are duly registered in the various jeepney or tricycyle operators and drivers associations (JODAs and TODAs), along with drivers of vehicles servicing employees of Superl Philippines qualified for the assistance.

The release of cash assistance to drivers was scheduled after the second wave of relief operation conducted in the town’s 44 barangays, which Mayor Pineda personally supervised.

Lubao, being a part of the province of Pampanga, is currently under the modified enhanced community quarantine.

During the MECQ, public transport remains suspended while majority of residents are ordered to refrain from going out of their homes. (Albert Lacanlale/Contributor)