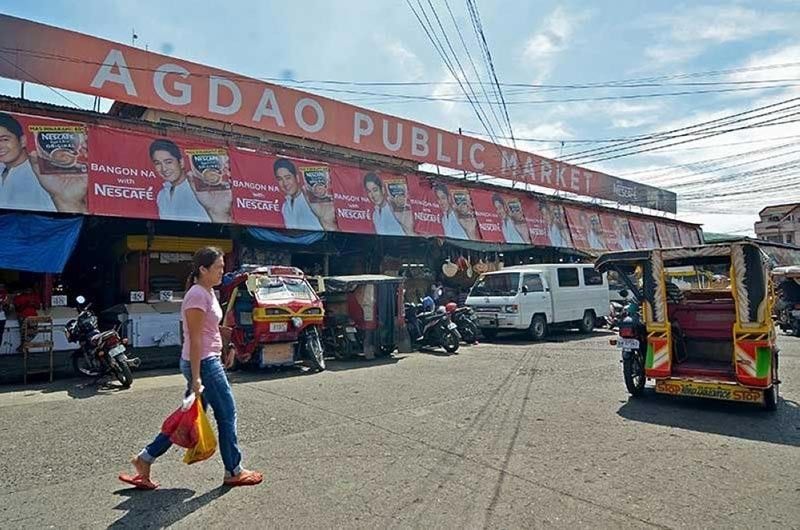 AROUND 3,000 market vendors and helpers who were affected by the indefinite closure of Agdao Public Market will undergo testing starting today, May 25.

In an advisory posted by the City Government of Davao on its Facebook page, the market will temporarily cease to operate starting afternoon of Saturday, May 23.

“The Agdao Public Market will be indefinitely closed beginning 5 p.m., May 23, 2020. The City Economic Enterprise shall create the master list for vendors to be given assistance by the City Social Welfare and Development Office (CSWDO),” the advisory read.

Maribeth Lumactod, head of the Davao City Economic Enterprise, told SunStar Davao yesterday that the market was closed to give way for the disinfection of the market and testing of all the vendors and market workers.

Unless everyone will be tested, they will not resume yet the market's operation. It is part of the precautionary measures to avoid massive contamination among workers and market-goers.

Lumactod said they will start the rapid diagnostic test (RDT) to the market vendors and helpers starting May 25. She added that they will implement scheduling. There are only certain market workers to be tested on a certain day to avoid overcrowding and to maintain social distancing.

The testing will be done in Agdao Public Market.

Supposedly, their tentative schedule for the reopening will be on June 1, but they announced indefinite as a leeway in case the testing may not yet be finished on the target reopening date.

She, meanwhile, assured that the City Mayor’s Office through the CSWDO, has allotted funds for the assistance of displaced vendors and helpers.

The Department of Health (DOH) earlier reported an increasing number of infected persons in Barangay Leon Garcia Sr., which is near Agdao Public Market.

On May 21, DOH data showed that all the 13 new confirmed cases were all from Agdao, 12 of which were from Barangay Leon Garcia Sr. and one from Agdao Proper.

Also, three patients from Leon Garcia have likewise tested positive for Sars-CoV-2 on May 22 out of five new cases.

The City Government of Davao has started to intensify community case finding through random testing in the area.

As of May 23, Davao City now registered a total of 226 patients diagnosed with Covid-19 with 108 recoveries and 22 deaths.

Davao City Mayor Sara Duterte-Carpio earlier said that Agdao Public Market has been considered as a high-risk area including the Bankerohan Market because of the positive cases in the area.

Thus, extreme precaution is advised to the public when going to these areas.