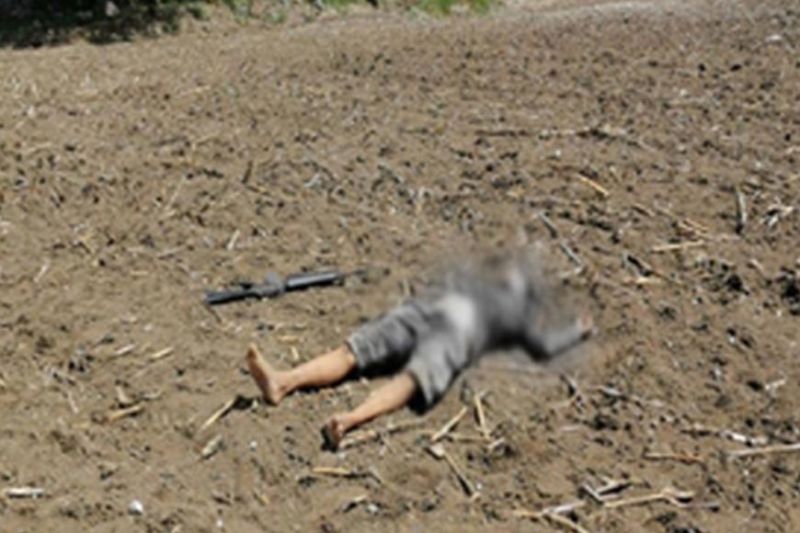 ZAMBOANGA. Two members of the Daesh-inspired Bangsamoro Islamic Freedom Fighters (BIFF) were killed in a running firefight with government troops Saturday, May 23, in Tuka village, Mamasapano, Maguindanao. A photo handout shows the remains of one of the two slain BIFFs in an open cornfield. (SunStar Zamboanga)

TWO suspected members of the Daesh-inspired Bangsamoro Islamic Freedom Fighters (BIFF) were killed in a firefight with government forces in Maguindanao, officials said Sunday, May 24.

Mamon said that three BIFF members aboard on a motorcycle opened fire prompting the troops of the 33rd Infantry Battalion manning a quarantine checkpoint to return fire.

A running firefight ensued in a corn field as the troops pursued the three BIFF gunmen, who disembarked from the motorcycle and tried to evade the soldiers.

Major General Diosdado Carreon, commander of the Joint Task Force Central, said the troops, in effect, foiled the plan of the armed group to harass a military attachment in Tuka village, Maguindanao.

“With vigilance, the ground forces promptly thwarted another planned hostilities by the lawless group. Kudos to our vigilant soldiers who always display an unwavering dedication and commitment to win the peace in the Bangsamoro Region and across the AOR (area of responsibility),” said Lieutenant General Cirilito Sobejana, commander of the Western Mindanao Command. (SunStar Philippines)