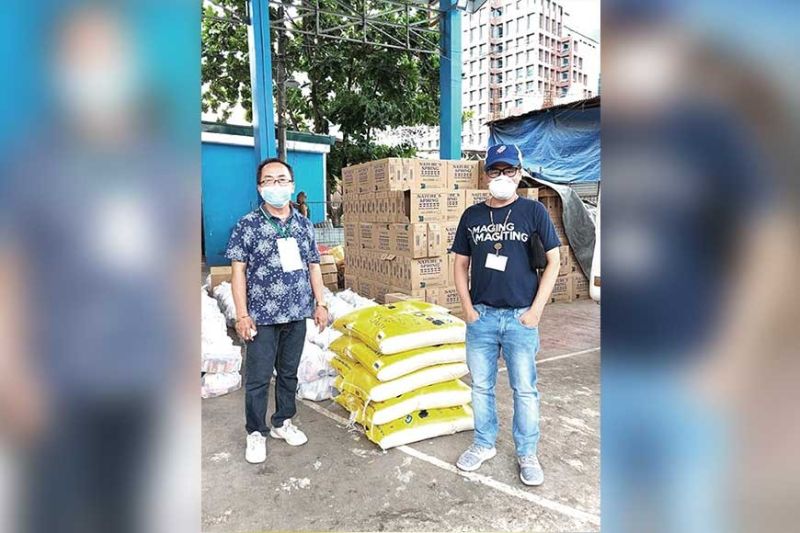 THE Ayala Business Club of Cebu Inc. (ABCCI) donated 50 sacks of rice on April 21, 2020 to the Cebu City Government, Barangay Luz and Barangay Carreta to help some residents affected by the economic hardship brought about by the new coronavirus disease pandemic.

ABCCI president Dino Abellanosa turned over 30 sacks of rice to the Cebu City Government. The group gave 10 sacks each to Barangay Luz and Barangay Carreta, and these were received by Luz Barangay Captain Ronilo Sab-a and Carreta Barangay Captain Marciano Ando.

Luz and Carreta are situated near Cebu Business Park where several Ayala-owned businesses are located. The donation was done to support the #MagingMagiting campaign initiated by Ayala Foundation Inc. The ongoing campaign aims to rekindle nationalism and Filipino pride amid health crisis.

The ABCCI, an organization of brands under the Ayala Group of Companies, has moved to address urgent and critical concerns.

As one of the earliest business clubs organized in the country, the role of ABCCI is to harness its business synergy and create shared value with its stakeholders. In these unprecedented times, it recognizes that fundraising is an important and critical activity to ensure the organization is able to respond to the development challenges of the community and to be able to sustain its operations.

In Cebu, projects in the areas of education, environment and entrepreneurship aim to achieve the sustainable development goals of the community and country, and to mobilize the strength of the Ayala Group of Companies. Among the projects that ABCCI has been involved with over the years are Brigada Eskwela, Kan-irag Reforestation Project and Book and Learning Materials Donation and other projects of Ayala business units.