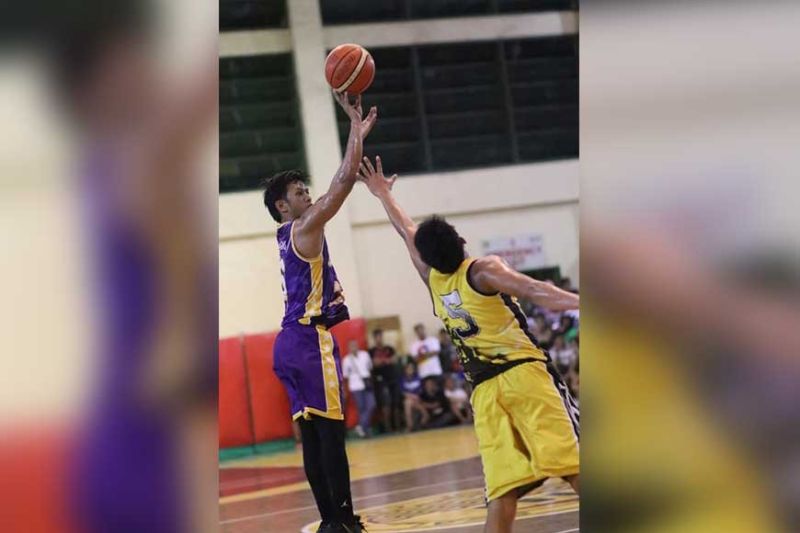 DESPITE the benefits playing in a panalay game, or league, offer to players, especially younger ones, why do some coaches frown upon it?

As a matter of fact, the Cebu Schools Athletic Foundation Inc. (Cesafi) has a rule that bars its players from playing in panalay leagues when the league stages its games from August to October.

So far, only one player has borne the brunt of the punishment from breaking the rule: former PBA player and current Rizal guard Eloy Poligrates, who was given a lifetime ban from the collegiate league after he was caught playing in a panalay game back in 2009 when he was still suiting up for Southwestern University (SWU)-Phinma.

Players and coaches alike offered differing opinions regarding the matter with some lauding panalay games for the chance to give players more confidence.

“Panalay games give you better experiences and it’s one way to improve your skills and teach you how to handle different types of people and opponents as well. It’s a big thing for collegiate players because a ‘panalay’ game is like a training camp for them so that they will be ready and be prepared for games in the future,” said Davao Occidental guard Eman Calo.

“I think it’s very good for college players because they gain more experience in panalay, especially if they are playing against pros,” added Rizal guard James Regalado.

“An advantage in playing panalay games is they can gain more exposure. The more games they can play at that level, the craftier they become,” said former Cebu Shark Iron Suano.

“A player can really gain a lot of self-confidence when they play in panalay games. When the collegiate season comes, playing in those games won’t be as difficult,” said Cesafi Mythical Five guard Darrell Shane Menina.

“When allowed to play in ‘panalay’ games, you will really get to develop the maturity of your game. You’ll become more vocal and you won’t get pushed around that easily anymore. Most of all, your confidence will be at an all-time high when you return to your mother team,” said current Cebu-Casino Ethyl Alcohol wingman Nichole Ubalde.

“It’s good for collegiate players since they can gain a lot of lessons from the veteran players. It is during these games where they will learn all the tricks of the trade as well as how to deal with the physicality of the game,” said renowned panalay coach Marvin Caro.

Former University of San Carlos Warriors ace Mark Panerio said one of the most important things that panalay games can help a collegiate player with is finances, especially since he says that not all student-athletes get ample allowance or support from their schools.

“It will really help players that are playing for a school that does not offer much support, especially when it comes to finances. It helps a lot when it comes to food kay ang college players walay kabusganan,” Panerio said.

However, there are those who say panalay games can help a player develop bad habits.

“As coach Mike (Reyes) likes to say, basketball is a game of habits. And back in college, I used to play in a lot of panalay games and I brought back to practice a lot of bad habits. Number one is not sprinting back on defense. In panalay games, all you really think about is how to score and nobody thinks about defense. Instead of sprinting back, I used to just walk back on defense,” said Ugsang, a former big man of SWU-Phinma.

“Another one is the intense physicality or so-called ‘dirty plays’ which I also managed to develop. And when you’re playing in panalay games, you usually get home very late since the games are held in provinces. It will also affect your practice time since you will also miss practice and the preparation for the games,” Ugsang added.

Ugsang’s sentiments were echoed by his former teammate at the Cobras, Dyll Roncal.

“There are some players who bring back bad habits when they return to their respective college teams. One example is they do not put more effort when it comes to running back in transition. Some just take it slow,” said Roncal.

Panerio said that one aspect that really gets adversely influenced by panalay games is discipline.

“While playing in college, discipline is a must because in any college team, they have their own system to run. If you lack discipline, you will sit beside your coaching staff or your waterboy and ballboy,” said Panerio. “In panalay, discipline goes out the window.”

And then, there is the financial element of panalay games that collegiate players need to get a grip on.

“It really depends on the player but there are times when it can really affect them. This is easy money for them and they have to learn how to balance earning it, while playing panalay games and training with their mother teams,” said Caro.

Earning a lucrative payday from playing in panalay games can also distract players from focusing on their studies as well as practicing with their mother teams.

“It can become a bad habit for collegiate players because it can really be distracting since it’s easy money,” said current Cesafi MVP Shaquille Imperial.

“It can take a player’s focus away from their present team since they won’t attend practice anymore because they lack sleep. Sometimes, it comes to a point that they will just go full time with panalay games, especially when they’re given a good rate by the manager of the team.”