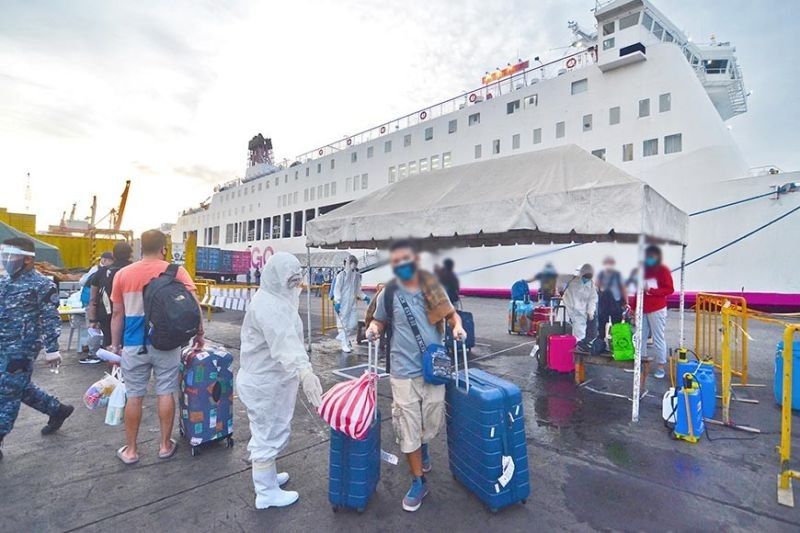 PRESIDENT Rodrigo Duterte has given government agencies one week to send home some 24,000 overseas Filipino workers (OFWs) who have been under quarantine in Metro Manila, Malacañang said Monday, May 25.

Presidential Spokesperson Harry Roque said the President has received numerous complaints about OFWs not being able to return home because they are still awaiting the results of their diagnostic tests for the novel coronavirus.

He said the Department of Labor and Employment (DOLE), Overseas Workers Welfare Administration (Owwa) and Department of Health (DOH) were directed to use government resources to make sure that the OFWs are sent home.

(The President told the agencies to use all available government resources and all modes of transportation - bus, airplane or ferry - to send our OFWs home.)

(The President also said that PCR testing should be strengthened in areas outside Metro Manila so OFWs can go home directly to their provinces and undergo the test there.)

Thousands of OFWs have been quarantined in hotels and quarantine ships in Metro Manila for more than the mandated 14 days, the incubation period for Covid-19, because their RT-PCR tests have been delayed.

Returning migrant workers are allowed to proceed to their respective hometowns only after they have completed the 14-day quarantine and their RT-PCR test has yielded a negative result. (MVI/SunStar Philippines)