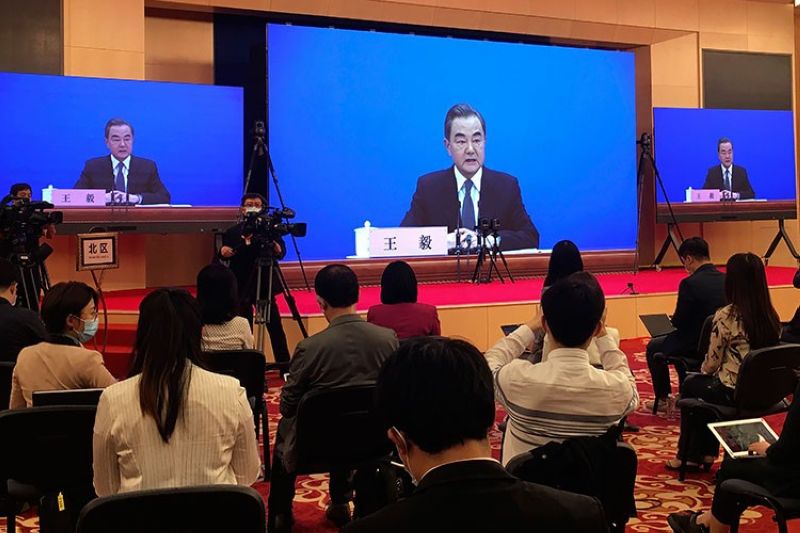 CHINA. In this Sunday, May 24, 2020, file photo, China's Foreign Minister Wang Yi is seen broadcasted remotely on big screens at the media center during a press conference held on the sideline of the National People's Congress in Beijing. (AP)

CHINA'S foreign minister is dismissing claims that the country is exploiting the coronavirus outbreak to expand its footprint in the South China Sea, labeling such accusations as “sheer nonsense.”

State Councilor and Foreign Minister Wang Yi told reporters at a news conference on Sunday that China was cooperating closely on anti-virus efforts with Southeast Asian countries, several of whom have overlapping territorial claims with China in the strategically vital waterway.

While China has long been stepping up its presence in the region, Wang said other countries, implying the United States and its allies, have been creating instability with military flights and sea patrols.

“Their ill-intentioned and despicable moves are meant to sow discord between China and (Southeast Asian countries) and undermine the hard-won stability in the region,” Wang said. (AP)